An elderly woman had her phone line and internet disconnected by Vodafone during lockdown because of an overdue account - caused by the the company's own admin bungle. 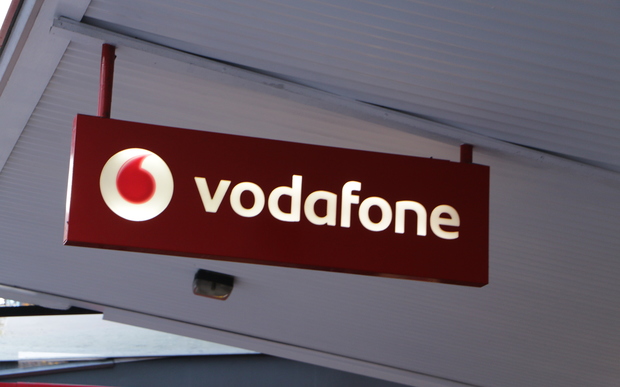 The customer is one of several who have complained that the company has broken its promise that no customers would be cut off during the Covid-19 restrictions.

Ann Havard, 81, switched to a new Vodafone plan for her landline, internet and TV in March.

She pays by direct debit, so she was shocked when she started getting letters saying her account was overdue.

Her mother was paying double, but the payments were all going to the old account.

"We phoned them up and talked to them and they said we'll sort it out and it turns out that they didn't.

"And despite assurances to the contrary, they decided to cut her phone line off.

"So, an 81-year-old woman living alone in the middle of the pandemic had quite a useful means of communication cut off."

One of the biggest frustrations was being unable to talk to anyone in person - all communications had been via "Live Chat" with different customer service representatives based offshore, Hannah said.

"For a telecommunications company, they're not particularly great at communicating."

No-one from Vodafone was free to speak to RNZ.

However, in a written statement a spokesperson said Vodafone deeply regretted "the confusion and frustration" this situation must have caused Mrs Havard.

"We have reopened her account, removed all double-charges and refunded her any payments made since the beginning of March.

"We have now ensured her old account is closed and will work with her to get the new direct debit set up."

An investigation was underway into the problems Havard and her family had trying to get the issue fixed.

"Since the beginning of the Covid-19 alert level 4 in New Zealand our Customer Care teams have been experiencing much higher than usual traffic on our call and online chat queues, and have been doing their best to resolve matters or queries as quickly as possible. Having said that, this family should not have had the experience they did and we have apologised to them for the mishandling of their queries."

Angela Hannah said her mother had yet to be contacted by anyone from Vodafone, but was delighted to have contact with the world once again after nine days in lockdown without a phone.

"But it's quite sad that it had to be after the media got involved and they couldn't have been in touch much sooner."

But this turns out not to be the case.

"Vodafone in particular seems to be the subject of a number of complaints from our members, just contradicting what they've said and saying they have in fact been disconnected during the lockdown."

When asked for a response, Vodafone told RNZ that customers who apply and are approved for financial hardship relief won't be cut off and can delay payments for 60 days with no late penalties.

Duffy says this falls short of Vodafone's earlier statements and contradicts assurances in its "Covid Care plan" on its website.

He points out that nowhere does it say customers must apply and be approved before getting financial hardship relief.

"We've contacted Vodafone over this and we will be working with them to better understand what they are offering to consumers and to help bring them into line with what the other telcos are doing."

Since the beginning of lockdown, it has had 302 enquiries and complaints.

Their phone lines are open.