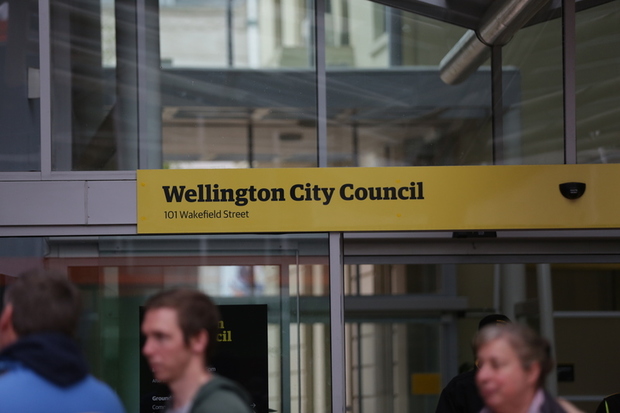 Wellington's water contractor suggested the Wellington City Council might like to relax some of the performance targets for its pipe network if it wanted the contractor to start meeting them.

Currently the target time for resolving non-urgent issues related to drinking water is five days. But current figures show Wellington Water is taking 22 days, on average, to resolve these issues.

The target is five.

The average response time to urgent calls was eight hours - twice the target of four.

These figures come from a closed-door briefing to councillors and council executives on 19 February, that RNZ has obtained under a request for official information.

In the briefing, Wellington Water said the council has already failed on its performance targets this financial year - which cover sewage overflows into the harbour, E coli contamination and callout response times.

A target on drinking water consumption - which is largely affected by the number of leaks in the network - is also unlikely to be met.

Along with a call for significant investment over the next 30 years, one suggestion was to relax expectations for lower priority work.

The contractor said it was dealing with an increase in calls from members of the public about things like outages and other problems with the network.

"They don't want to wait for improved performance and they are increasingly digitally savvy when they don't get it."

Councillor Fleur Fitzsimons, who was in the meeting, said this would be a cop-out.

"The failure to meet those performance measures cannot become a reason to reduce those measures.

"We need the increased investment and concerted determination to ensure that all performance measures are met and hopefully exceeded."

Fitzsimons represents the Ōwhiro Bay community, which has been plagued by ongoing issues with cross contamination in its pipe network, leading to fecal matter being discharged into the marine reserve.

"We expected that the targets would be met in future, and I know that a lot of work has been done since then.

"I think the key message is that over the last few months they have performed exceptionally well, they and their contractors."

Since the briefing, Foster has set up a mayoral taskforce to help address and monitor the issues. The taskforce was temporarily suspended during the Covid-19 crisis, but will meet again next week.

It's understood $26 million has been set aside for water issues in the council's draft 2020/21 annual plan.

Foster said this money was for things like a roving crew to actively seek out leaks and address cross contamination issues.

Asked if this money might disappear due to Covid-19, Foster said the spend would be a priority and, if anything, would increase.

He said Covid-19 has helped to speed up some essential pipe repairs - like in Willis St, Moa Point and Mt Albert, as extra contractors were available.

Wellington Water did not respond to a request for an interview.