Ornithologists believe birds - which have been more visible in parks and public spaces - could abandon them once people start to come back. 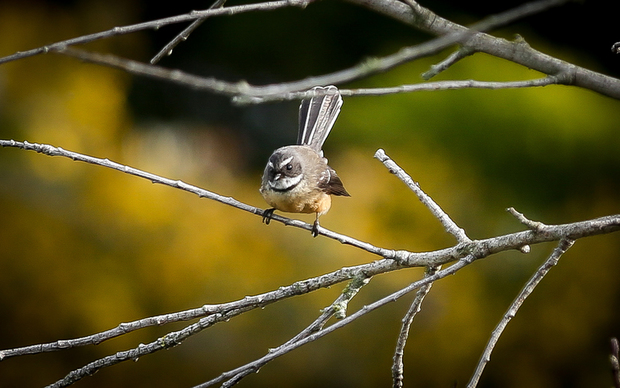 Since the lockdown, Birds New Zealand says interest has peaked in bird spotting on social media - with more people wanting to join bird groups, and submitting pictures to identify a bird.

Auckland regional representative Ian McLean said birdlife has peaked in public places but it may not last.

"In Cuba mall people have seen things like fantails in the street which is quite unusual, very unusual actually.

"The birds are obviously quite bold during a time when there's not many people about and they take advantage of that, they may revert to what was before, it depends how people react to them as well."

Also in central Wellington, a young kārearea or native falcon has attracted interest.

McLean said the group hopes that interest in birds will continue even as people become busy again.

Zealandia centre director Danielle Shanahan last month said that people were noticing that birds had become more vocal during the lockdown because they did not have to compete with constant traffic noise and it was possible to hear them more clearly.

Dr Shanahan said some of the birds living at Zealandia had also become more adventurous since the lockdown began.

Forest & Bird along with other conservation groups wanted the government to prioritise the environment in its post-lockdown recovery plan.