Some people may have forgotten about the teddy bears they put in their windows at the start of lockdown to entertain kids out for walks with their families. 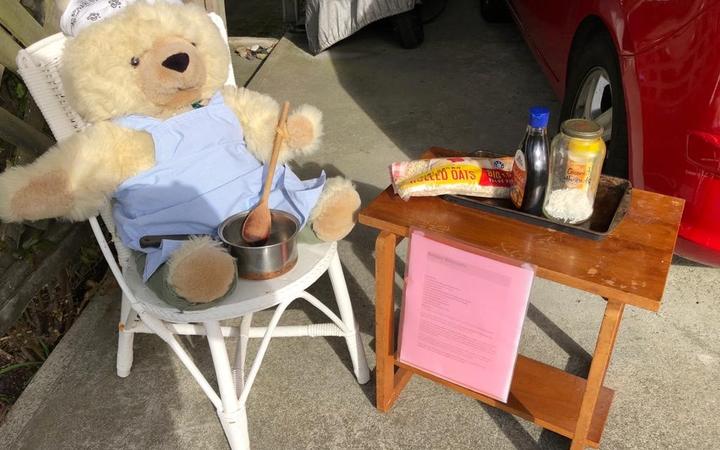 But one Wellington couple - Ken and Shirley Wilson - have gone the extra mile, continuing to dress up an otherwise neglected teddy bear by the name of Chester each day - much to the delight of Karori locals.

Wilson said Chester was a pretty big teddy bear, who had been in the family for quite a long time.

"He was given to my daughter when she was a teenager by a hopeful but eventually disappointed young suitor," he said.

"Chester sort of sulked in her bedroom for quite some time, but every now and then when the grandkids came, they pulled him out and gave him a hug because he is quite cuddly."

But the idea to start dressing Chester up struck while Wilson was out painting the garage.

"I got attacked by the tediousness of it all, so on a bit of a whim really I got Chester and I put him on the top of the ladder with a paintbrush in his hand and the paint pot hanging down underneath him.

"I just got so much feedback from people walking by, kids especially, who just absolutely hooted and laughed when they saw him sitting up there."

And so began the Wilson's habit of putting Chester out every morning - he usually goes out about 6am when Wilson gets the paper in and he stays out pretty much all day. 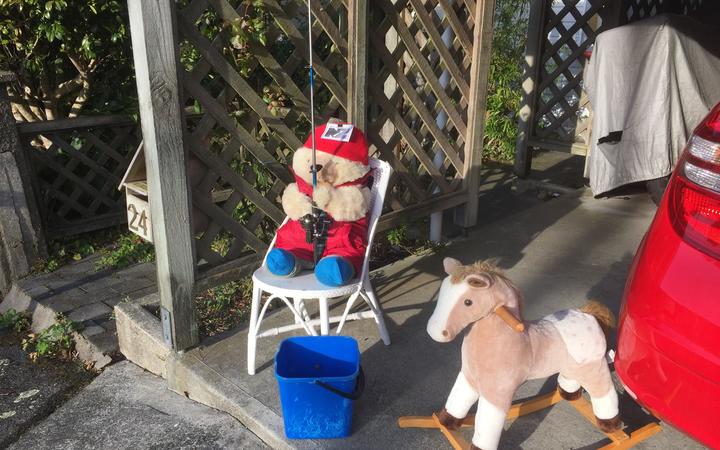 They spend a bit of time every afternoon or evening thinking about what Chester will be doing the next day.

So far, he has clipped the neighbour's hedge, abseiled from the garage, spent some time under Wilson's motorbike trying to fix the gearbox and been under the bonnet of his wife's car to change the oil.

Sometimes, Wilson said they went for a political theme, as was the case after Winston Peters tweeted a picture of himself fishing from his front yard in Whananaki, with a horse for company.

"We did exactly that - Chester was there fishing in a bucket with Pinto the rocking horse sitting beside him.

"That was a goodie, adults got that one, kids not so much."

Wilson said throughout the lockdown period, they have loved seeing and hearing the reactions of families in the neighbourhood when they spot Chester when they are out for walks.

"It gives us a real smile when we hear kids coming up the street saying, 'mum, dad, what's Chester going to be doing today?'." 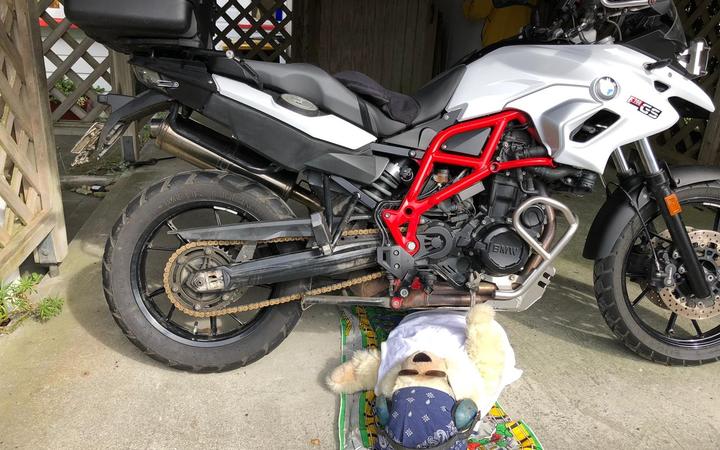 A lot of people have said "thank you" - and Chester even got some fan mail, Wilson said.

"There was a letter in our letterbox addressed to Chester from some people who live on Parkvale Road. They were just telling Chester how much they enjoyed seeing him every day and the big smile that it gives them.

"These days they walk up our street rather than any other street, so they can see what Chester's doing."