Chalk, toilet rolls and rubbish destined for recycling are providing people with a creative license and a distraction from the startling statistics of a pandemic. 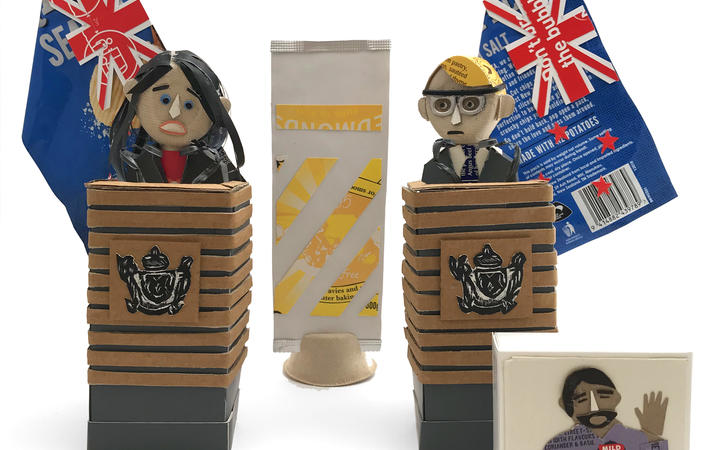 Art galleries may be closed but social media is awash with ordinary households' creative endeavours, including those of Auckland couple Scott Savage and Colleen Pugh.

Their figurines of Prime Minister Jacinda Ardern and Director General of Health Dr Ashley Bloomfield are made entirely of recycling - including the lecturns they stand at, distanced, for a media conference.

"We just wanted to encapsulate something that's become the norm in our lives now. It's something that we tune into and within New Zealand we gravitate towards these two plus the translator - they're a regular feature for us," Savage said.

He and Pugh both teach graphic design at Yoobee School of Design and when lessons went online they wanted to engage students to be creative at home, and took a lead.

The Covid Heroes were made in just over two days using what was left of their recycling. They had already made eight figurines.

"It's an interesting creative constraint for us because we can only use what we've got. We can't go out and buy some more cardboard or glue so it's just what we have," Savage said. 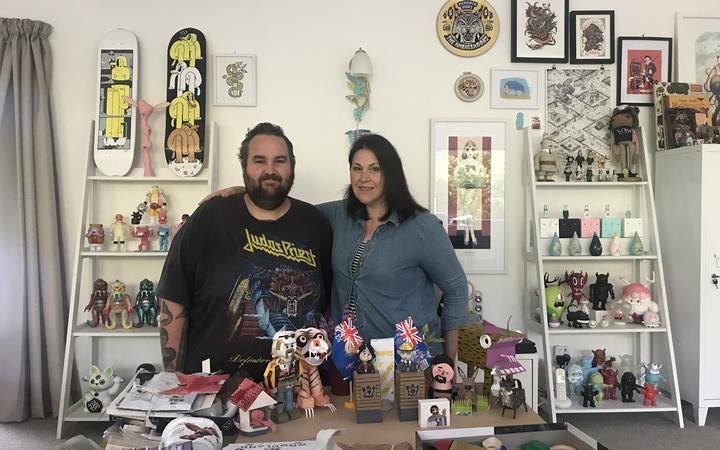 They foraged in their house for scraps and came up with chip and coffee packets, pill pockets, toilet rolls, juice lids - the list goes on.

Meanwhile in Mt Albert, a family's one-take video to the tune of 19 by Paul Hardcastle was picked up by a Washington-based news outlet.

Karen Covic and her children Anna, 7, and Max, 6, created a video of their band "Covid-19" for their walking school bus group chat, scattering toilet rolls and wearing rubber gloves, and were encouraged to share it more widely on social media.

"It was very impromptu and it was that time of late afternoon when everyone gets a bit scratchy and need to be a bit crazy," Covic said.

"It was also a little bit of an outlet for me to do something slightly wacky."

Their surname's similarity to the coronavirus led them to re-named their band "Covic-19" for second and third hits covering Europe's The Final Countdown (Lockdown as it is now known) and Stand Back by Stevie Nicks.

Covic said it's difficult for her children to understand social distancing rules and make sense of the news they are hearing.

"When people talk about contamination, lockdown and standing two metres apart, the concepts must be bizarre for them."

She said the playing band helped make it tangible and put it in perspective.

"In times like this, is why everybody's baking or gardening or getting their sewing machines out. It's almost like a direct response to this traumatic situation, another way of explaining it."

An expert on creativity during disasters, he is the academic director of the Creative Thinking Project, a research programme investigating creativity in everyday life.

"When the world turns upside down we often turn to the arts and that's what we're doing at the moment and it's fascinating," O'Connor said. 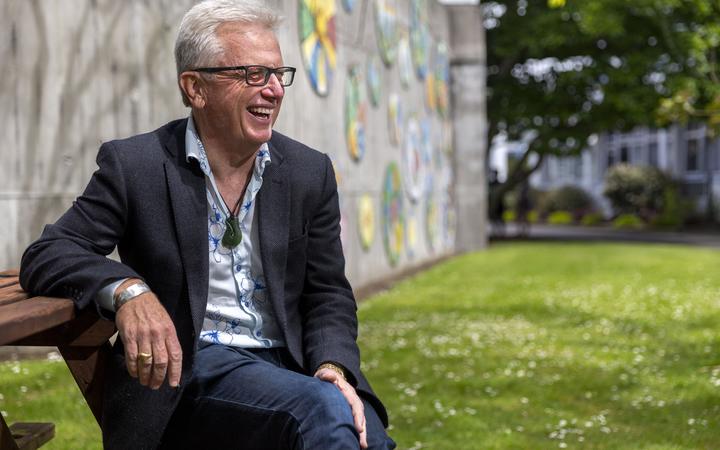 His research assistant is collecting examples of lockdown creativity to later understand how the arts helped people cope during this time.

O'Connor is also writing a book about arts after disasters.

"What we are seeing is people turning increasingly to the arts and creative expression because there's something about being in lockdown which is the same every day," O'Connor said.

"We're in these bubbles, but for a moment creativity takes us outside of our bubbles, distracts us, and gives us a purpose."

O'Connor said art, including teddy bears and Easter eggs in windows, became a bridge between people who were isolated from one another.

It could also be in part thanks to the gift of time some people have during lockdown.

Savage said he and his wife started creating figurines with their recycling to fill in some time, given he has an extra hour and half to fill that would usually be taken up with commuting to and from work. 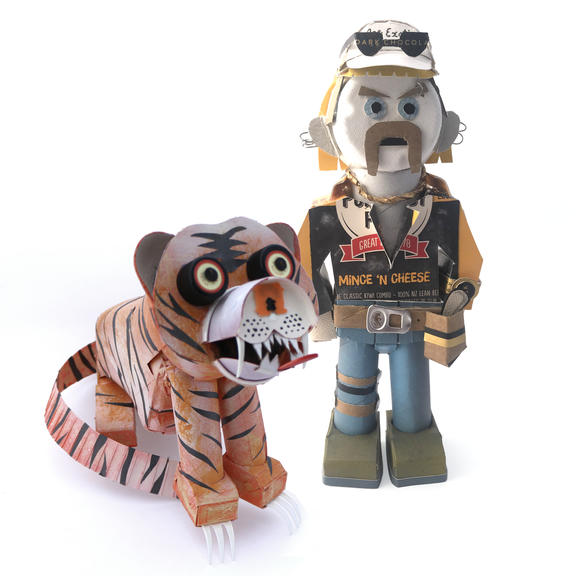 "With spending a bit more time on certain things it fuels resourcefulness. We've been looking at what we've got and what we can do with it. It's a great chance to be able to focus on something," he said.

"The days where we haven't really been doing anything, actually today for example, your mood starts to change a bit. It just helps stabilise you and does create a nice distraction."

Savage said they've had requests to make particular characters out of their recycling, including a Carole Baskin to match their Joe Exotic with his tiger.

"For me it's not about putting too much pressure on ourselves, as long as we're doing it for fun."