There's been a few ruffled feathers on a couple of West Auckland Facebook pages over the past week with several unconfirmed sightings of barn owls. 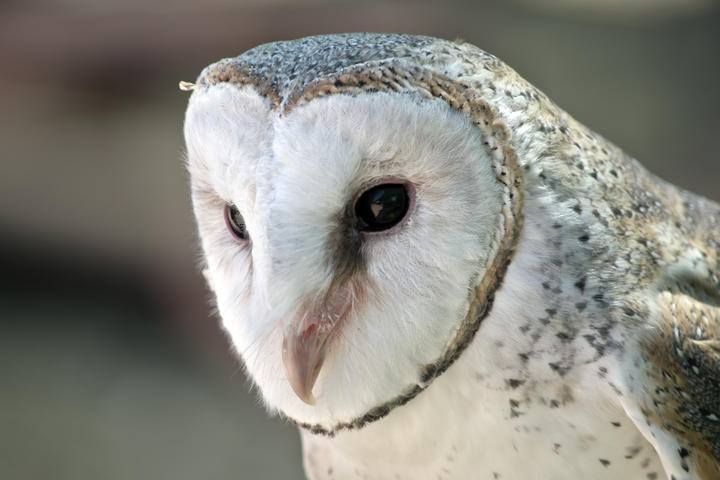 Barn owls are widespread in Australia, and the New Zealand population is thought to have arrived from across the Tasman.

Green Bay resident Kathy McLaren lives near the Titirangi Golf Course and she was alerted to a strange sound late on a Saturday evening.

"We just heard a real loud noise like birds and we crept out the back door, when we heard it to see what was going on and as I opened my back door there was this really small, little kingfisher-like bird sitting on our back door step"

She said she thought it was odd for a kingfisher to be out that late at night.

"And I look around to see what else is going on and he's flown into our window and he's a bit dazed and then he eventually came right and he went to fly away... and he flew back across our deck toward our back neighbour's property and just as he was about to land on their roof.

"Something really big came in and swooped in and grabbed him and was squawking and carrying on and then it took off."

A few days later, while scrolling through Facebook, Kathy saw mention of barn owls on the Birds of Auckland page.

"I was like 'that sounds pretty much what we said' and they said around the Titirangi Golf Course so I posted my situation up and what happened and said maybe it was this barn owl."

"There's been 13 reported sightings up until 2008 when a breeding pair was found near Kaitaia."

The success of that first verified breeding pair has seen the group of owls expand southward, and the Trust has been monitoring the birds since the pair was identified in 2008.

"We look for further nests and we've now found seven nests in the greater Kaitaia area so the birds are expanding and their official title is that they're now given they're breeding in New Zealand is that they're a native species and they're considered a coloniser."

Kathy McLaren's unconfirmed sighting in west Auckland the other week was not the most recent. Noel Hyde said there was a confirmed barn owl sighting in Palmerston North just last week.

"They've been spotted as far south as Christchurch - we've had scattered reports from all over the country.

"As far as breeding birds are concerned, it's not been confirmed but we have them breeding in Pokeno just south of Auckland, three birds were seen together in the Hunua ranges about five years ago.

"I would suggest that if there were three birds seen together that they were breeding."

As for the number of barn owls in New Zealand, Noel Hyde said he was not sure how many there might be.

"Nobody knows, because they're so widely scattered and nowhere common, even in Northland they're not common, but they're establishing themselves.

"Sightings are going to be more prevalent as the birds do colonise, but I don't know - there might be 200 birds in the country at the moment, possibly more."

Hyde said the barn owl is a prolific breeder, but was not a threat to native species like the morepork as their habitat did not include dense bush.

"Their populations are dependent on food resources, they're basically a boom and bust species, so when rodent populations peak then barn owls can breed incredibly readily and as long as the food is there they will breed, they will continue breeding."