A Queenstown tourism owner say many small business owners in the town won't be sleeping well as they grapple with how to pay their commercial rent.

Businesses in the central Queenstown shopping area before the lockdown. Photo: 123rf

Matt Price, who has owned the Black Sheep Backpackers in Queenstown for the past 12 years, says the government must step in and help business owners out. 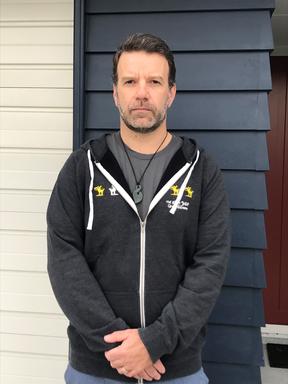 Like many business owners, while Price owns his business, he leases the building from a landlord.

Up until lockdown "we were cranking as normal as anyone would expect in peak season'', he said.

Price said he'd been lucky and his landlord charged him zero rent.

"It was amazing and really appreciated.

"Now we're in good faith negotiations to see what we can come up with. I think it's just a really tricky position for landlords and tenants because we've got no guidance for what we do.

Queenstown Chamber of Commerce chief executive Anna Mickell said a recent survey of its members found over 60 percent were satisfied with the arrangements they had with their landlords.

"So yes, there is dissatisfaction and there have been some arrangements that have not worked out well but by and large the majority of our members surveyed last week are happy with the response from the landlord.''

were prepared to work with tenants to rebuild their businesses.

But Clutha-Southland MP Hamish Walker said he has spoken to dozens of businesses in downtown Queenstown who were having to pay thousands of dollars in rent each week with no further revenue for months to come.

He wrote to Finance Minister Grant Robertson last week asking for immediate assistance for commercial tenants in the town.

Walker, in the letter, told Robertson there was no reprieve in sight for these businesses.

"If there was some sort of support or direction given to these commercial tenants, which would enable them to pay their rents, it would mean more business survival in Queenstown, which has already been hit so hard.

"I ask whether there is any support for these commercial tenants coming as many can only survive the next few weeks, not months.''

Price was not alone.

RNZ has spoken to several commercial tenants but none would go on the record for fear of upsetting their landlords. But all agreed the situation was bad and unsustainable.

Price agreed. He also had contact with many business owners in Queenstown who were concerned about what were they going to do.

"They're asking 'Am I going to move into my accommodation business because I've got to let my house go? Can I borrow money?'."

Another added stress for Price was a rent review.

"We've been proposed a 40 percent rental increase for our property. The tricky thing for tenants and landlords is that commercial rent reviews haven't been frozen.

"So everyone who has that lease is in the same situation, they can't take Covid-19 into account, we have to look at it as how business was January 1st.