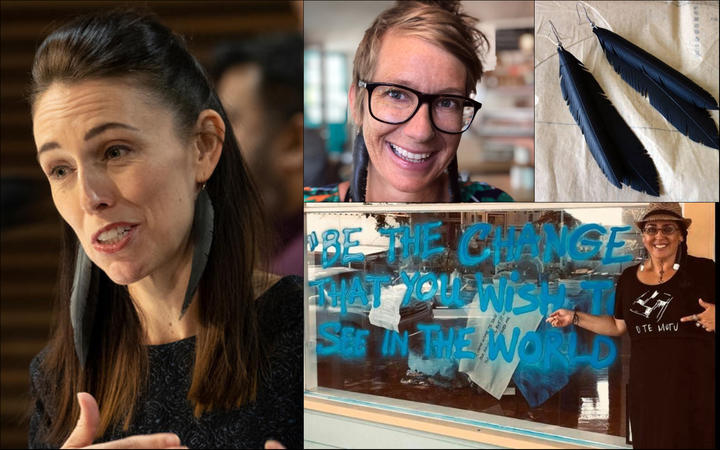 A fledgling business in the Far North now is considering hiring staff to meet demand and the Auckland-based artist behind the earrings has seen her stock sell-out multiple times.

The spike in sales comes after Ardern raised eyebrows when she attended a Covid-19 media briefing on 14 April wearing the long black 'feather' earrings.

She received some criticism on social media for presenting herself inappropriately, while others gave her kudos for rocking the jewellery, made from repurposed bicycle tires.

Many admirers went online and spoke with their wallets.

That prompted artist Ronja Schipper, who made Ardern's earrings, to post on Facebook letting people know products featured in her online Felt store re:purpose had sold out six times within 48 hours, leaving her with huge orders to fulfil.

"A friend rang me on Waitangi Day to say they'd seen her wearing my earrings," she told RNZ. "I can't be 100 percent sure they were mine. Then another friend messaged to tell me about the media conference and it's been crazy since."

The Auckland-based graphic designer said it was great to see Ardern making a statement championing a repurposed piece of art and creating a greater environmental appreciation doing so.

The Munich native has been repurposing material for five years. 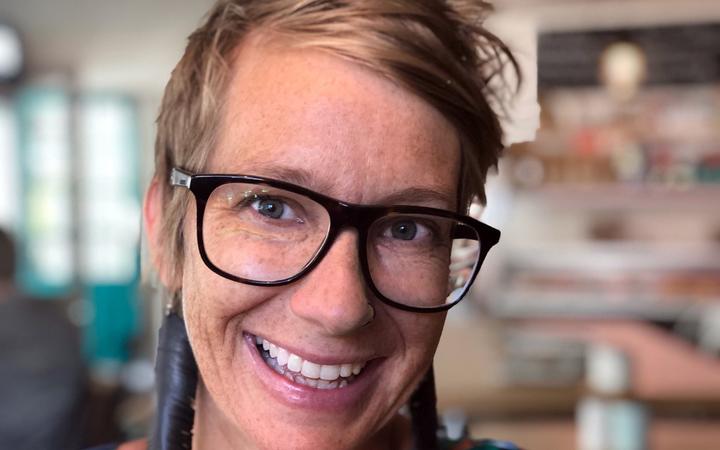 "It was never meant to be a business, it was originally just a statement on the discrepancy in the relationship with our resources," she said.

"It started with me wearing the upcycled earrings while taking the kids to school and friends asking where I got them. It grew from there. I now supply 12 galleries nationwide."

To meet orders she has enlisted the help of her partner and even neighbours, who sourced additional inner bicycle tubes when materials became scarce.

With clients of her graphic design firm Bureau55 struggling to survive, she said the side business could become a means of weathering the financial storm circling the globe.

"I could never do 100 orders a day - I don't want to disappoint people trying to meet demand and making them wait a long time, and it was never just about the money."

Her business was not the only one to benefit from the Jacinda effect amid the economic doom and gloom of the Covid-19 shutdown.

Hundreds more ended up inundating a small business in the Far North with enquiries looking to purchase similar-style upcycled earrings. 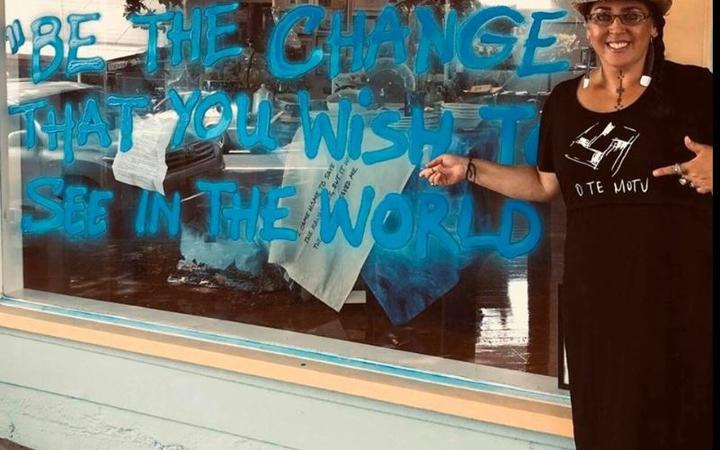 Hokianga-based O Te Motu Creations director Haley Lowe said she was also run off her feet. Ardern had previously worn her earrings too.

The Kohukohu resident had been steadily supplying 26 galleries nationwide and an outlet in Rarotonga, after establishing her creative enterprise two years ago.

However, after posting on Facebook's NZ Products page - set up to give creative businesses a chance to trade during the Covid-19 restrictions - interest in the earrings became overwhelming.

"Jacinda's appearance with the earrings and the launch of the NZ Products page coincided and we benefited from that," she said.

"We didn't have a website so we posted on the page and received 80 orders overnight, along with about 600 enquiries."

Knowing that the venture was struggling to respond to demand, Kaiuku-based business associate Kimi Johnson approached Lowe and offered to set up a website for her, free of charge.

"The fact Kimi stepped in to help shows how this Covid-19 crisis has weaved us closer together, creating opportunities for people to help each other," Lowe said.

The website was up and running on Sunday, bringing more interest.

"When the website went live we had our first order within 15 seconds. We've now got another 120 orders to fulfil," she said.

"It's looking like we may need to hire someone locally to help us meet demand."

Originally from Auckland, Lowe and her partner moved to the Hokianga two years ago and the business evolved from a period when she was home-schooling her 8-year-old daughter Mereana-Wairua. The pair began repurposing parts of bicycles.

It wasn't until Lowe started using Auckland accountants WE Accounting 18 months ago that it became a viable business model.

"They understand our kaupapa, we share the same values and vision of working together," she said.

Lowe, who is of Ngāi Tūhoe and Ngāti Raukawa descent, said her earrings were sent to people with a personalised karakia reflecting the brand's values - care of the land, the people and moving forward. 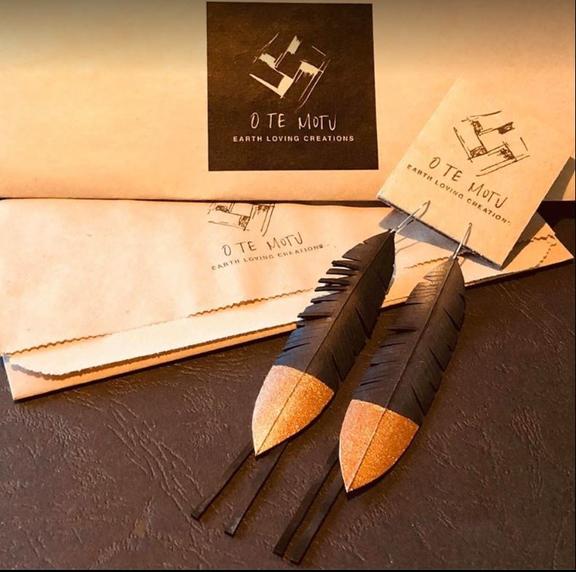 "Although we run a business to make money for ourselves, it is kaupapa-driven," she said.

"All proceeds from our stock in Rarotonga go to the environmental group Te Ipukarea Society over there.

Her daughter has written to Ardern thanking her for her leadership and the letter will include pair of Huia feathers as a gift, which will be passed on to her through a mutual acquaintance.

It is not the first time Ardern has caused a spike in earring sales. In April 2018 she wore two pairs of earrings from New Zealand jeweller Meadowlark on a trip to Europe for a Commonwealth Heads of State meeting.

Meadowlark told media it had observed a lift in sales traffic afterwards.