People with sexually transmitted infections are delaying seeking help, which is leading to serious complications in some cases. 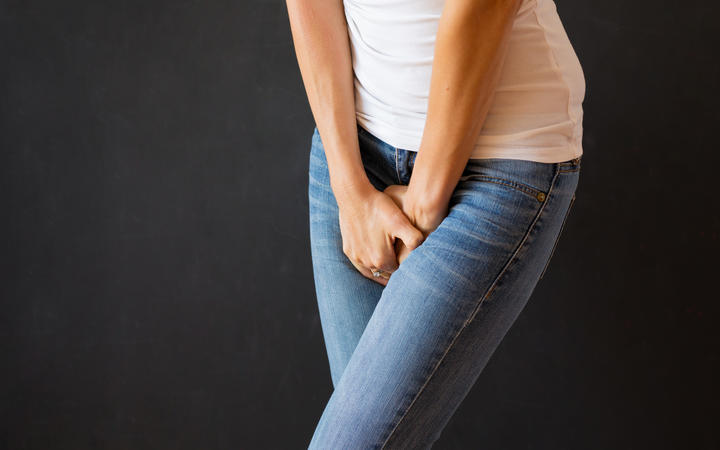 Most sexually transmitted infections caused symptoms within a couple of weeks but others took up to three months. Photo: 123RF

According to sexual health providers, confusion about which services are open, fear of contracting Covid-19 or lack of privacy to make confidential phone calls were holding some back from getting help.

Sexual health specialist, Jane Morgan, from the Hamilton Sexual Health Service said the switch to doing consultations by phone - at least in the first instance - had been complicated.

"Somebody I rang this week they had left a message to call them, and when I called them, it was a mobile phone they shared with their family.

"I'm speaking to people on the phone and I know there are other people in the room and that's really difficult, not everybody has a private room that they can talk about these issues.

"Which is the other thing for somebody, depending what lockdown situation they're in, whether they can even make a phone call.

Most sexually transmitted infections caused symptoms within a couple of weeks but others took up to three months to make their presence felt, which means an infection acquired before lockdown may suddenly become a problem, Dr Morgan said.

Many people tended to ignore symptoms in the hope they would go away by themselves.

Add to this natural reluctance, some people were afraid to leave home during lockdown while others have been confused about whether services were open or how to access them.

"So when they have turned up, when their symptoms have got so bad that they knew they really needed treatment, it's meant that then their condition is more complex.

"So I've seen people with what started as a simple minor bladder infection that's ended up something quite complex. The same for pelvic infections.

"Others I know will be turning up at emergency departments with pelvic pain because they didn't realise they could have seen us before their infection got worse."

Dr Morgan said the messages about which services were available had been "quite nuanced", which had put some people off.

Clinics had asked people to phone in the first instance, which deterred those used to "just dropping in" or made them think clinics were closed completely.

Routine screening tests had been deferred to free up capacity at clinics to do Covid-19 testing, but urgent tests had always been available.

Family Planning clinics have been dealing with a thousand clients a week over the phone during lockdown - which is 35 to 40 percent of their usual caseload.

"I think GPs have experienced the same: people are not necessarily coming for that day-to-day stuff, so I think as soon as the levels relax, we'll see a big surge."

Abortions and referrals for abortions had been available under lockdown, she said.

"Hopefully women haven't delayed because that would be a real shame. There is a possibility that people don't think it's available but it is."

Youth health specialist Sue Bagshaw says her Christchurch practice has been using lots of texting and Facebook messenger to make it easier for patients to get information in confidence.

It was "imperative" young people got sexual health checks and kept contraception up to date, she said.

"The same rules apply whether you are in lockdown or not ... the last thing anybody wants is lots of unwanted pregnancies or complications from untreated sexually transmitted infections."

New Zealand Aids Foundation chief executive Jason Myers said while Covid-19 was not a sexually-transmitted infection, it was spread by close contact.

"And you cannot get any closer than sex."

Covid-19 had prompted public health messaging that went beyond even the early days of the HIV/Aids epidemic, he said.

"Essentially we asked gay men to fundamentally change the ways in which they had sex, which was the need to put condoms on to stop the ravages of HIV/Aids in those early years.

"And now we find ourselves for the first time in our history as an organisation saying sex - certainly casual sex - isn't a good idea at all. So this is big, and I think it will take a while for that to sink in for people."

Dr Myers said however the reality was some people would be having casual sex already and public health efforts might need to move to "harm minimisation", such as encouraging people to limit their number of casual partners.