Prime Minister Jacinda Ardern has distanced herself from comments made by two of her MPs about small business owners, saying she disagrees with them. 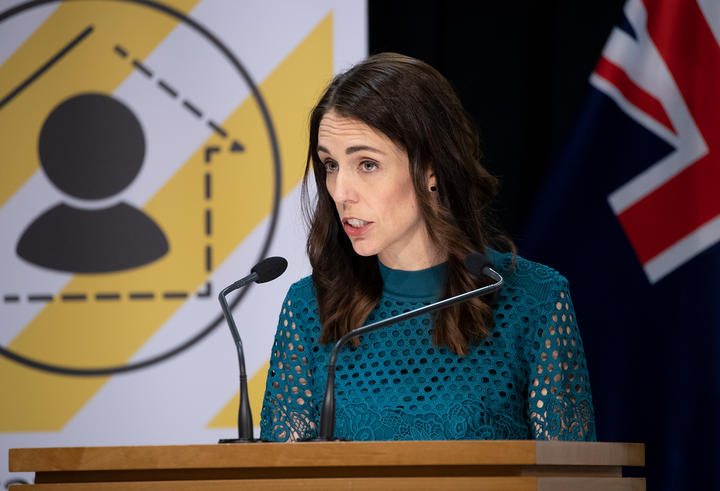 Both Employment Minister Willie Jackson and Labour MP Deborah Russell have come under fire for their respective opinions at the Epidemic Response Committee yesterday.

When asking a question of Finance Minister Grant Robertson, Russell suggested businesses in financial strife after only a few weeks in lockdown perhaps lacked strength as a business in the first place.

"We are seeing a number of small businesses really struggling, after only a few weeks in a pretty bad situation, which must speak to the strength of those small businesses going into this lockdown.

"It worries me that perhaps people went into small business, without really understanding how you might build up a business or capitalise it in the first place so you have the ongoing strength to survive a setback.

"I link that in some way to the fact that we've had quite a low-wage economy so often it looks like you might be better off in business, rather than a low wage," Russell said.

And in response to a question from National's Finance spokesperson, Paul Goldsmith, Jackson downplayed the impact of the lockdown on small businesses.

"I think this lockdown for four weeks has been brilliant, another week is not going to hurt or destroy anyone, even though you guys are trying to say its the end of the world," Jackson said.

National MP Todd McClay interrupted to confirm Jackson had just said the extra time in lockdown would not hurt businesses.

"If I did say that I shouldn't have, alright...because we know that all businesses are hurting at the moment," Jackson said.

When asked about the comments today, Ardern said she did not share these opinions.

"I disagree with those comments and the Minister of Finance did as he appeared at the time as well," Ardern said.

When responding to Russell's statement yesterday, Robertson repeatedly said he disagreed with her.

This morning he told Morning Report that small business owners often put a lot of their own, or family and friends' money into them.

"It is hard to get going and it's hard to sustain yourself even in the best of times, that's why we've given the interventions that we have and that's why we keep on working with those small businesses.

"One of the things that has come to light is that for a lot of small business owners, they haven't had the relationships with their bank or with Inland Revenue, partly because they haven't had the time for it, and that's why we've put in place a significant investment in business advisory services," Robertson said.

In a statement Russell said her comments were about helping small businesses to become more resilient.

"I'm really concerned about small businesses. People work hard to get them up and running, and they are an incredibly important part of our communities.

"My questions to Ministers in the select committee yesterday were about understanding what is being done to help small businesses survive, and what we can do to help them to become more resilient in the difficult times ahead," the statement said.