After 20 years of no progress, now is the time to construct a highway that bypasses Woodend, the AA says. 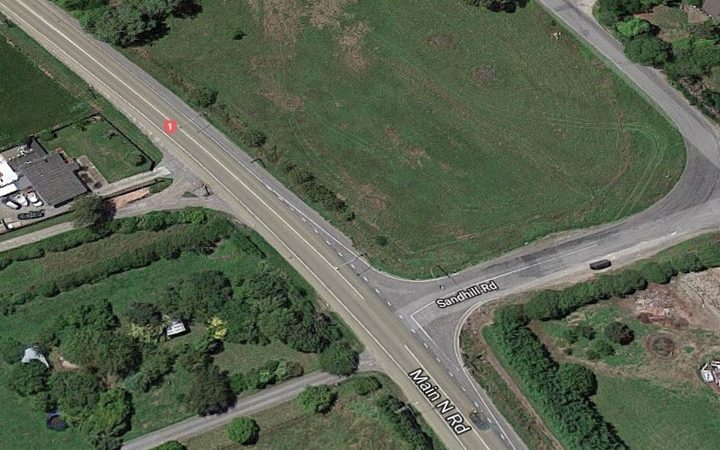 State Highway 1 through the small Canterbury settlement north of Christchurch is the most dangerous road in the region.

The short stretch of 3.5 kilometres of highway has had nine fatal and 33 serious injury crashes during the past two decades.

"The current road is simply not up to the task and dangerous," he said.

"The Woodend Bypass is urgently needed to improve safety, to reduce congestion and to remove large volumes of through traffic from the local town centre.

"There has been 20 years of talking and thinking about this bypass but now is the time to finally stop mucking around and actually build it."

Traffic volumes had grown nearly 20 percent since the Christchurch earthquakes because of substantial suburban development and traffic was forecast to double again in the decades ahead, Hughes said.

"The bypass is needed now. If we don't take action and the future growth predictions are correct, the road is going to become even more inadequate and there will be many more unnecessary serious injuries and deaths."

Now was the perfect time to construct the bypass as the government searched for infrastructure projects to stimulate the economy in the wake of the Covid-19 pandemic, he said.

The local AA was also calling for two other projects - a second bridge over the Ashburton River and median barriers on State Highway 1 between Ashburton and Rolleston - to be given the green light.

"The recovery from the current crisis gives us the chance to take a big step forward in the safety and quality of our region's roads," Hughes said.

"The government cannot afford to miss the opportunity to finally deliver some of these long-needed transport projects in Canterbury.

"The bypass would be an investment in our local communities' well-being and the national transport network, both now and well into the future."