By Molly Houseman of

People should "give nature space" when lockdown restrictions ease, the Department of Conservation says. 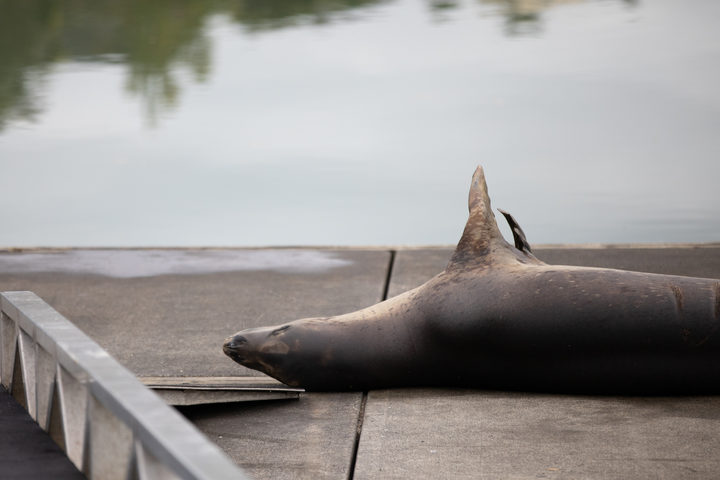 Marine mammals - such as Owha the leopard seal pictured at an Auckland marina - might be found in unusual places after the lockdown, says DOC ecologist Bruce McKinlay. Photo: RNZ / Dan Cook

DOC ecologist Bruce McKinlay said New Zealanders should be aware of wildlife possibly in places they might not have encountered it before.

During lockdown there had been higher public awareness of native species in places they were not usually be found, from fantails in backyards to falcons in empty cities.

And marine mammals, including penguins, had taken advantage of people-free beaches.

"The best thing people can do when walking in places they used to go before lockdown is to be observant, get out into nature and enjoy it and give nature space."

It had not been possible for DOC to determine where wildlife had ventured under lockdown, with most of its work on hold during level 4.

Work deemed non-essential, including monitoring species in the field, could not go ahead.

McKinlay said moving into level 3 would allow for "limited" field work to begin, but only where it aligned with Ministry of Health guidelines.

"We are working hard behind the scenes to determine exactly what this means for DOC's work ... we will share updates as soon as we can."

As DOC offices were closed over lockdown, wildlife emergency calls were directed to the after-hours number, and the number of calls had decreased during lockdown.

She believed that had likely been due to DOC rangers being unable to do regular site checks, as well as remote sites and beaches not being local for many bubbles, meaning less chance of people coming across injured wildlife. 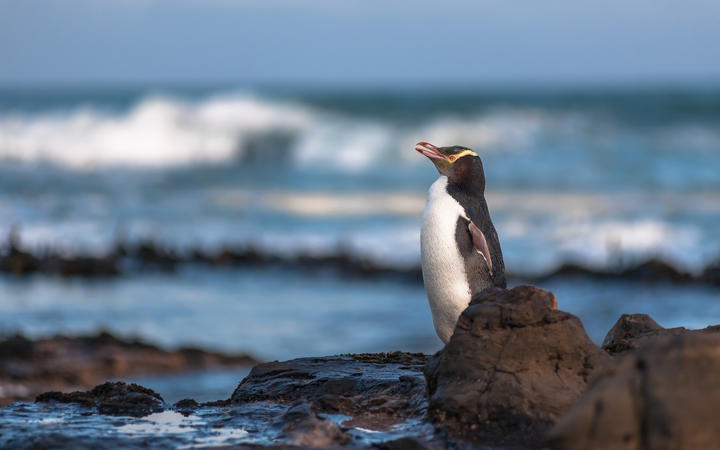 Injured hoiho have continued to be brought in for treatment at the Wildlife Hospital during the lockdown. Photo: Thomas Lusth/ 123rf

But the hospital had continued to receive injured hoiho patients as the Yellow-eyed Penguin Trust had clearance for its rangers to continue welfare checks at their sites.

"Where there are people looking, they are still finding injured animals."

Whyte agreed that people should take care when restrictions lift, particularly on roads, as animals had appeared in more urban areas, which could have been due to reduced noise levels.

"[Wildlife] have expanded their own bubbles to include places they normally may not spend time.

"Please take your drive slowly and keep a sharp eye out for unexpected visitors on the road."

She also reminded people to keep dogs on a lead near any wildlife.

"Even during the lockdown we received patients that had been bitten by dogs, which was pretty disappointing."