Broken bubbles, breached family court orders and children who haven't seen their parents in weeks - that's how many families with shared childcare arrangements are describing their experience of the lockdown. 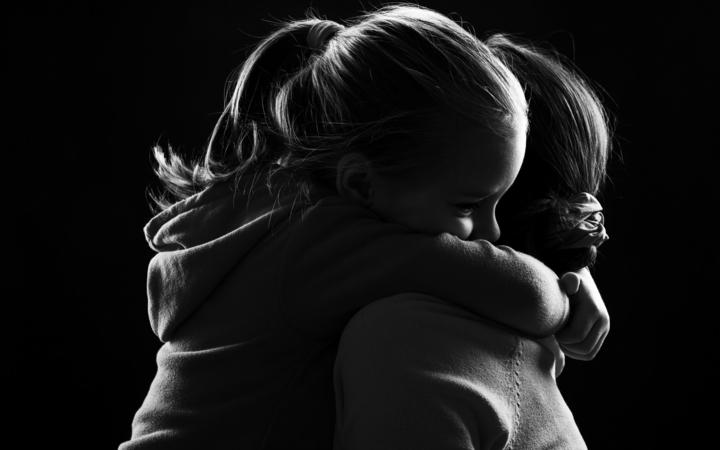 *All names have been changed in this story to protect the identity of children.

They say the guidelines issued by the Family Court for the Covid-19 crisis are too broad and the shift to level 3 brings no relief.

When the alert level 4 conditions were announced last month, there was confusion among many parents who shared care of their children.

"We started to receive phone calls very quickly after the Monday when it was announced we were going to level 4," Ebborn said.

"There was a lot of changing information as decisions were made and I think that's only to be expected and so it was really tricky."

For many blended families - their one bubble already extended to at least two more bubbles with several children in the home under shared childcare arrangements.

But Ebborn said the guidelines issued by the Family Court around shared childcare arrangements in lockdown were broad and only include two households sharing a bubble.

It also says only children whose parents lived within an hour's drive of each other could continue their arrangements.

That meant tough calls for thousands of parents in New Zealand.

"Parents making a decision when the level 4 lockdown was announced about what they might do for the next four weeks - well four weeks on, they might not be quite as willing to continue with the decision that was made," Ebborn said.

Tracey and Todd along with their blended family of five children are now experiencing just that.

Todd shares care of his three children with his ex-partner, Judy.

Tracey also shares care of her two children with her ex-partner but due to the guidelines, her children have had to stay with her and Todd during the entire lockdown.

"At the beginning, we invited her into the house and said 'you can come over if you ever get lonely'. She came over for my daughter's birthday and bought her a gift and yeah, we thought it was a good time to maybe build bridges," Tracy said.

But since then, Todd's ex-partner Judy has had her bubble broken multiple times.

That means the risk for everyone who was connected to her bubble increased significantly.

Tracy said the guidelines were confusing and that having an extended bubble during the lockdown became too complicated.

By week three, she and Todd decided it was best to live separately.

"It's huge because it's so time-consuming, everything. Just processing the emotions," Tracy said.

'It impacts the kids severely'

Some parents used the guidelines as an opportunity to unlawfully withhold children from their other parent - something Ebborn said she'd seen a lot of during the lockdown.

Peter said his ex-wife has breached their parenting order multiple times in the last four weeks.

Both his children were recently tested for Covid-19 after they became ill.

The results came back negative but he says his ex-wife ignored doctors' advice for the children to isolate at his house for 14 days.

Peter said he wished the family court guidelines were more specific around maintaining parenting orders during lockdown if they fit the level 4 restrictions.

"It's a lot to take on, making all those decisions suddenly like that for the government but however, it's a very important part of your life and everyone's life is their family," Peter said.

"It impacts the kids severely. Especially at a time like this where they're having huge change and it's another huge change in their short life."

His partner Jean said with the same conditions extending into level 3, they felt helpless when it came to supporting the court parenting order.

"I guess in this time referring to Covid-19, it's just whether or not that we'll get to see the kids," said Jean.

"The children have been used as a pawn. It's more about control and possession over this time, even more so than it ever has been before."

Ebborn said many affected parents were still confused over some of the conditions and felt helpless to make seek legal advice or take action during this time.

She said while it may be a tough time financially for many, there were options such as family assisted legal advice and legal aid.

Ebborn said it was difficult to have a perfect solution for everyone.

"There isn't an easy answer because we're not in an easy situation and unfortunately sometimes that will cause some hardship or unfairness to a parent."