Opponents of a bid to mine millions of tonnes of ironsands off the coast of Taranaki say they will continue to fight the proposal. 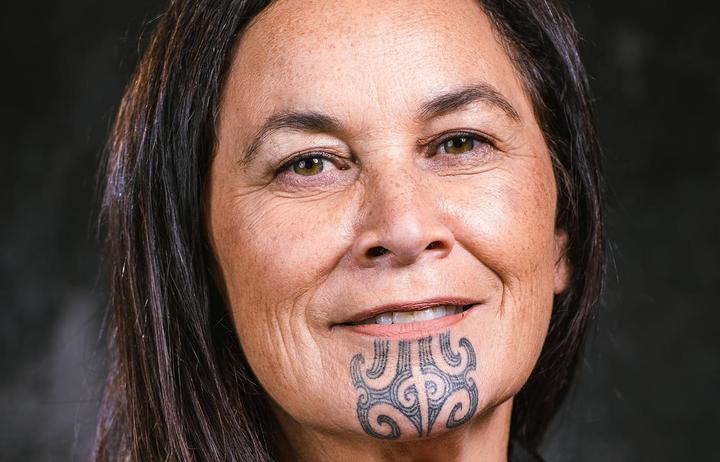 Debbie Ngarewa-Packer of Ngāti Ruanui is one of the opponents. Photo: Supplied

The company behind the plan, Trans Tasman Resources (TTR), yesterday said it was seeking leave from the Supreme Court to appeal a recent decision that ruled against its seabed mining consent.

Earlier this month the Court of Appeal turned down TTR's attempt to overturn a High Court decision quashing its original consents for the seabed mining operation.

The court found there were multiple errors of law in the approach of the Environmental Protection Authority's decision making committee (DMC) when granting the consents in 2017.

The company said the basis of its appeal will be that the DMC did follow the correct legal approach.

Baxter said the destructive practice had no place in New Zealand waters.

"You can't dig up 50 million tonnes of the seabed a year and for 35 years ... and not expect environmental harm.

Greenpeace oceans campaigner Jessica Desmond said it was not surprised the company was challenging the Court of Appeal decision because it had already invested so much in this long, drawn-out legal battle.

"The company has admitted that if allowed to stand, this would effectively be the end of seabed mining in Aotearoa," she said.

"Trans Tasman Resources already has mining permits for other areas in the South Taranaki Bight that would dwarf this mine site. If allowed, this could see our marine environment being subjected to one of the first commercial-scale seabed mining operations in the world. New Zealanders do not want this to happen."

Ngāti Ruanui has signalled it would also oppose TTR's move.

Kaiarataki Debbie Ngarewa-Packer said the iwi was annoyed it may have to court for a fourth time over the seabed mining application when its efforts were focused on protecting its community from Covid-19.

"TTR needs to see the writing on the wall and give up on their crusade to use our moana in South Taranaki as a testing ground for what is a risky and untested extractive practice."

Ngarewa-Packer said the company's claim that approving the proposal would send the message "that New Zealand is open for business, including the minerals and oil & gas sectors" was a cynical ploy at a time when the economy was reeling from the Covid-19 crisis.

"This is not a 'shovel ready' project as TTR are trying to claim - there is no vessel, no crew, no social license to operate and a series of failed applications.

"To try and push something through as 'shovel ready' when it's clearly not is actually quite nasty and quite typical of who they have been as a company to deal with."

Ngarewa-Packer said the iwi was confident it would again win in the courts if permission was granted to appeal the decision to the Supreme Court.

Trans Tasman Resources wants to mine 50 million tonnes of the South Taranaki Bight seabed every year for 35 years over a 66sqkm area, to access 5 million tonnes of iron ore, and dump the rest back on the seafloor.

It received a marine discharge consent from the Environmental Protection Authority in 2017, but this decision has been quashed by both the High Court and the Court of Appeal.

TTR chair Alan Eggers said yesterday if approved the proposal would create "a major new $1 billion export industry employing best practice sustainable environmental approach to mineral recovery, with minimal impact on the environment, that will help meet the demand for the strategic metals vanadium and titanium required as the world and New Zealand transition to a low carbon energy economy".

Eggers said the project would deliver a large number of new jobs, skills training and port infrastructure to Taranaki as well as direct government revenue in royalties, corporate taxes and export earnings.