The High Court has ruled against a Singaporean firm which wants to disconnect its oil production vessel from the abandoned Tui oil field in offshore of Taranaki and leave capped pipelines on the ocean floor. 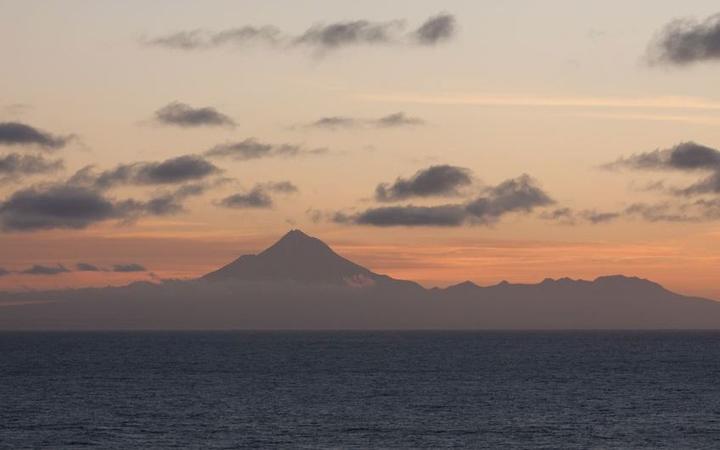 The High Court said oil companies had to tidy up before they leave.

The High Court in Wellington heard an urgent appeal by the Environmental Protection Authority (EPA) on Monday and issued its decision on Tuesday.

It heard New Zealand company Tamarind Taranaki (TTL), a subsidiary of Malaysian-based Tamarind Resources, went into liquidation in November after a failed $300 million drilling campaign at Tui and that the oilfield was likely to be decommissioned.

The company's Singaporean partner, BW Offshore, wanted to remove its processing and storage ship the Umuroa from the Tui field in accordance with a 2017 EPA decision.

The Environment Court backed the company's stance, but the EPA said changed circumstances meant that 2017 decision should not stand.

In the decision released Tuesday, the court ruled the EPA should be allowed time to consider how disconnection should take place, with the potential closure of the oil field. It said companies involved in oil mining needed to end their activities with the environment in mind, before departing the scene.

The High Court hearing took place by phone under the Covid-19 lockdown measures.

Justice Francis Cooke said the earlier Environment Court decision was mistaken in accepting BW Offshore's (BWO) argument that there were "clear limits over what it could be expected to do in relation to the decommissioning of the oil mining activities overall".

"The right question was whether the new circumstances meant that it was now appropriate for the EPA to consider disconnection as part of the wider circumstances, including potential decommissioning of the whole operation, and address all the potential implications for the environment and existing interests that arise," he ruled.

"Protecting the environment from pollution is, at least in the sense described by the Court, a bottom line.

"Given the new circumstances that were not apparent in 2017 what is now involved is a significant step in potentially bringing the oil mining activities within the EEZ [Exclusive Economic Zone] to a close.

He said BWO's responsibilities were clear.

"BWO is, literally, interconnected with TTL, not only commercially, but more importantly environmentally," he added.

"All corporate entities associated with oil mining activities involved in such ventures do so understanding that the relevant legislation regulates what they do.

"Parties engaged in significant oil mining activities need to ensure that those activities are appropriately brought to an end from an environmental point of view (as well as the point of view of the other existing interests contemplated by the Act) before departing the scene.

"That is saying no more than people must tidy up any activity before they leave."

Climate Justice Taranaki spokesperson Emily Bailey welcomed the decision but called on the Government to tighten regulations requiring oil and gas companies to decommission their operations with the environment in mind.

"In recent years many oil and gas companies have pulled out of operations in Aoteaora yet current legislative requirements for proper decommissioning and clean up remain grossly inadequate, despite years of government promises to close legislative loopholes," she said

"While we welcome the departure of these companies the Government must step in and stop yet another company trying to leave their mess for iwi and communities to deal with."

Bailey said she was concerned BWO would attempt to leave during the Covid-19 lockdown.

"These are exactly the situations communities have warned about for generations. We cannot let these companies come in and just take what they want and leave us a hugely expensive and complicated mess to clean up."

"We call on the Government to ensure the appropriate legislation is put in place urgently. Concern is rising that more and more petroleum companies will now go under due to the financial crisis. These companies know they have to clean up, so let's finally make clear exactly what that means. The responsibility for proper clean up must not be put on taxpayers and iwi."

When Tamarind bought the Tui Field from Australian company AWE in 2016, it avoided checks on its financial and technical ability to decommission the field - a loophole in the Crown Minerals Act that has since been closed.

Under current legislation oil and gas companies were required to decommission their operations properly, but because Tamarind Taranaki has gone broke the cost of winding up the Tui field may fall to the taxpayer.

The Crown was already liable for 42 percent of its decommissioning costs due to tax and royalty rules, but now it may have to foot the entire bill estimated at between $100m and $155m.

Tamarind Taranaki owed unsecured creditors about $380m, but they might receive as little as between 0.7 cents and 4.1 cents in the dollar, according to the liquidators Borrelli Walsh's initial report.

Among the secured creditors is Singapore-based OCP Asia, which lent Tamarind Taranaki $US55m.

It used $US7.1m for initial drilling at the Tui field, but with that operation already suspended Tamarind used $US28m to buy Canada-based TAG Oil's onshore interests in Taranaki last September.