A New Plymouth business owed hundreds of thousands of dollars by a failed oil and gas company is calling on the government to force the parent company to sell its remaining New Zealand assets to help repay creditors.

Tamarind Taranaki went into receivership just before Christmas after its $300 million offshore drilling campaign at the Tui oil field failed. It owes creditors about $484m.

Matt Hareb owns an excavation company which had the contract to transport drilling waste from Tamarind Taranaki's operation.

Hareb said it would take years for it to recover.

"It was a bit of a kick in the guts. We'd racked up a fair chunk of bills so that's something my company has to deal with now.

"I think it is pretty disgusting that they would go into a drilling campaign with no actual funding and were hoping on an investment company to give them money after drilling a successful well."

Hareb Excavating is one of 82 creditors, of which 72 are unsecured, many of them small Taranaki-based firms.

The unsecured creditors are owed about $380m, but might receive as little as between 0.7 cents and 4.1 cents in the dollar, according to the liquidators Borrelli Walsh's initial report.

The government is owed between $100m and $155m for Tamarind's share of decommissioning costs for the Tui oil field.

Among the secured creditors is Singapore-based OCP Asia, which lent Tamarind Taranaki $US55m.

For initial drilling at the Tui field, $US7.1m was used. But with that operation already suspended Tamarind used $US28m to buy Canadian-based TAG Oil's onshore interests in Taranaki last September.

Despite TAG first agreeing to sell to Tamarind Resources - Tamarind Taranaki's Malaysian-based parent company - in November 2018, the timing of that deal gets under Matt Hareb's skin. 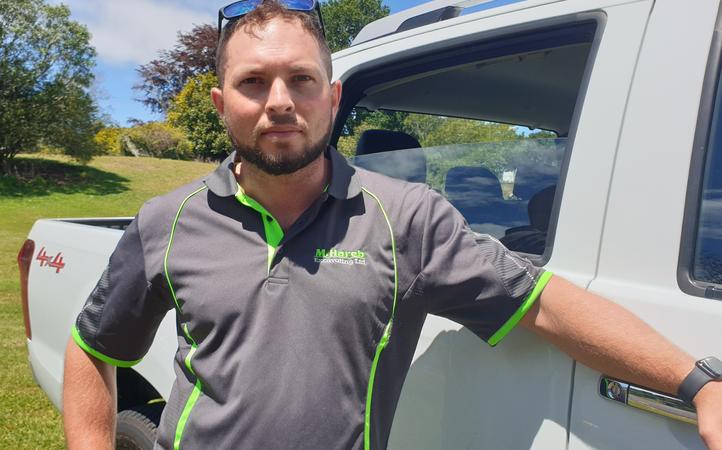 Matt Hareb says his business, which had a contract with the now failed Tamarind Taranaki, now has to deal with racked up bills. Photo: RNZ / Robin Martin

"When they couldn't pay their bills in one company they get handed another one to make money out of, and the New Zealand taxpayer and us New Zealand companies are left to foot the clean up and the bills for their failed drilling campaign."

Hareb was clear what he thought should happen now.

"Personally, I think TAG should be taken off them and they should be made to sell it to repay their creditors and pretty much get them out of New Zealand."

Other creditors spoken to by RNZ described the Tamarind collapse as tantamount to "daylight robbery" and said a "heck of a lot of people had got done over".

One who agreed to an interview, but also preferred not to be identified, said he did not expect to get repaid a cent.

"We just sort of knew in a way it was unlikely we were going to receive what we were owed and in a way I guess I've just decided to cut our losses, but it is unfortunate and it does leave a sour taste in everyone's mouth when a lot of people lose out on money and then they are still obviously operating here."

The services contractor said he did not believe Tamarind had been malicious in its Taranaki operations and had been caught out by a series of unfortunate events.

Borrelli Walsh director Éanna Brennan said the transaction between Tamarind and OCP would be looked into as would a $US12m payment made to its parent company in May 2019.

"Obviously the liquidators will conduct a full investigation [into] the validity of that security. We've obviously, as part of our initial report ,only done a preliminary investigation into the sources and uses of the funding of provided by OCP, but obviously there is more work to be done on that."

In its report, Borrelli Walsh said at the end of last year Tamarind Taranaki had only about US$1m in the bank and about US$2.8m recoverable from final sales of oil and equipment.

All of Tamarind's assets are currently in the hands of the receivers - PriceWaterhouseCooper - who were appointed by OCP.

Minster of Energy and Resources Megan Woods said Tamarind's collapse was being managed under the Receivership Act and it would not be appropriate for her to intervene. 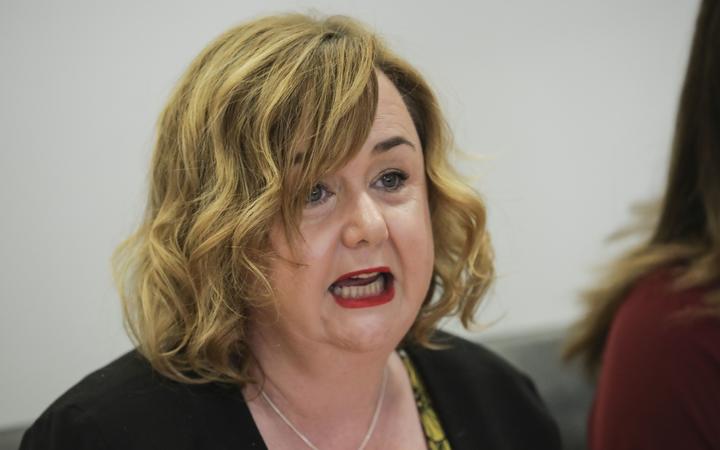 Minster of Energy and Resources Megan Woods says Tamarind's acquisition of the Tui permit in 2017 had exposed a gap in the Crown Minerals Act. Photo: RNZ / Ana Tovey

"My officials are actively working with the receivers and Tamarind through their respective processes, and the Crown will continue to investigate its options in respect of the parent company guarantee."

Woods said Tamarind's acquisition of the Tui permit in 2017 had exposed a gap in the Crown Minerals Act, which meant Ministerial consent was not required and neither was a full capability assessment of Tamarind.

"The government has now closed this loophole with an amendment to the Crown Minerals Act," she said.

A discussion document supporting a review of the Crown Minerals Act 1991 was currently out for consultation, Woods said.

"The specific objectives of the review include managing risks and downsides (financial and environmental); ensuring a clear, coherent, and fair regulatory regime; and addressing the current fragmentation of decommissioning obligations and risks."

The National Party's energy spokesperson and New Plymouth MP, Jonathan Young, said when oil and gas operators were given a permit many service companies saw that and thought they must "stack up".

"So they can be quite shocked when basically their balance sheets can end up paying for a programme and I think that's not good and that aspect of it does need some review."

The creditors who had in some cases lost millions of dollars had a legitimate grievance, Young said.

"The government has an obligation to look at this and I certainly think the sentiment in Taranaki is that we do not want to see our service companies - who in good faith have committed their resources and time to the Tamarind operation - being the ones who carry the loss."

Although, Young did not fancy creditors chances of getting back their money.

"I think it's going to be pretty tough actually for them, which is very unfortunate. Sometimes hindsight has 20/20 vision and often legislation is improved after something like this has happened."