All non-urgent surgeries have been cancelled due to Covid-19. Photo: 123RF

He was scheduled to have surgery on 1 April in Palmerston North Hospital, but it was cancelled as resources were prioritised in response to Covid-19.

After making it to the top of the list eight months after diagnosis, he is now in limbo.

"Due to the fact there were numerous people that had been deferred, along with myself.

"Some of them were urgent - more urgent than me, and also of course the list is impacted by other people who have more recently been diagnosed with more serious illnesses than I have." 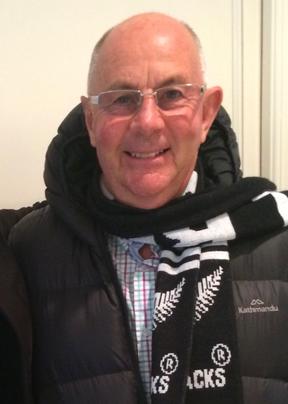 The 71-year-old private investigator from Whanganui said his cancer was not the type that progressed slowly.

He said the delay was hard on him and his family, but he was able to tough it out.

Keaney knew others were struggling with the emotional toll a waiting game like his took.

He believed delays in treatment could lead to a worse nationwide death toll than Covid-19, currently at 14.

"This government needs to be accountable for this decision because I think it's flawed.

"What it does do in my mind, weighing up against the people who may or may not die of the Covid virus, you're going to have a whole lot of New Zealanders that I'm sure will die as a result of this decision to cancel surgeries."

The head of the country's Cancer Control Agency said planning was underway to deal with an expected backlog of cases, at a national and health board level.

Diana Sarfati said they may call on private hospitals, which cleared space to be on standby for Covid-19.

"We're all clear that we're going to need to use all of our available capacity and be quite innovative in our approach to making sure patients get all the care they need."

Professor Sarfati said doctors were also keeping a close eye on their waiting lists to ensure those who needed care now were being prioritised.

A Christchurch woman, Vivienne, was grateful the health service was available for her friend who has just had emergency cancer surgery.

"She went to the doctor on 26 March, she was straight in for tests and she was operated on.

"She got the diagnosis and she was operated on, on the 14th of April."

Vivienne said however, her friend has had to face the treatment alone, as no visitors have been allowed in the hospital.

Professor Sarfati said those working with cancer patients understood how the delays and uncertainty were worsening the level of mental stress, and psycho-social support was being put in place.

"There are social workers and psychologists available to talk to patients. The Cancer Society is doing a fantastic job and we need to just keep making sure we are providing the support to patients when they need it."

Keaney said he had no idea where he now sat on the waiting list.

His family was looking at how they might pay the estimated $20,000 for private surgery.

"Because I've worked out that I'd be more likely to get into private earlier than I would be to get back up to the top of the list of the public hospital."