Tasman is powering ahead with an idea to build a hydro electricity station on the Waimea Community Dam south of Richmond. 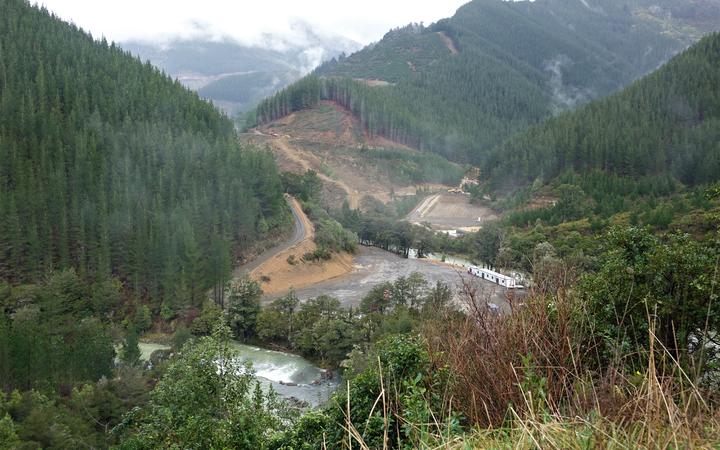 The hydro scheme was one of several "shovel ready" projects that a collaboration of Nelson-Tasman agencies has included on its wish-list for government funding to get the economy moving again.

Project Kōkiri identified 27 priority projects in the region for consideration by the Infrastructure Industry Reference Group - the government task force identifying projects that would help reduce the economic impact of Covid-19.

It was seeking government assistance of $155.4 million for the Nelson-Tasman projects with a total price tag of $721.5 million, and which would employ 2434 people directly.

Tasman mayor Tim King said the opportunity of new funding had proved a timely opportunity for the hydro scheme which had been on the drawing board for some time.

"The challenge has always been who might fund it. The design work has been done to enable it to happen but the question of timing, who might pay and how it might be run is still a topic for discussion."

Construction of the multimillion-dollar community dam started last year, after years of rising controversy over its merits.

King was hopeful of a move to level 3 lockdown, which would allow construction to re-start.

He said hundreds of workers on the dam were affected, but disruptions to supply chains could mean a delay of more than a month to the dam's scheduled commissioning.

He said the hydro scheme ticked a lot of boxes in terms of what the government was looking for, in its renewable energy focus and that it was able to be started soon.

King said the dam had been designed to allow a hydro scheme to be added at any stage of construction, or at any point in the future.

"However, if the funding is available it would make more sense to build it as part of the overall construction."

The power generated from the plant would be fed into the grid, and could also be used to offset the council's electricity requirements.

"The key point though, looking forward is that the use of energy is changing all the time, especially with the rise in use of electric vehicles, and any renewable energy source that can be built is going to be a positive."

Other projects on the region's wish-list included improvements to infrastructure for drinking water and wastewater systems, transport packages, an affordable housing stimulus package, rural broadband and support for planned changes to Port Tarakohe in Golden Bay.

"The chosen projects will not just provide a much-needed stimulus to our economy right now, but provide benefits for future generations of people living in Te Tauihu.

"These projects will improve our water and food security, sustainable transport systems and affordable housing."

Reese said that while the impact of this virus was beyond their control, what councils could control was how they responded to it.

"What we can control is what we choose to do next, and this will define how our response will be remembered for years to come."