A Christchurch couple says their insurer totally botched the repairs of their quake-damaged house - and now won't pay for it. 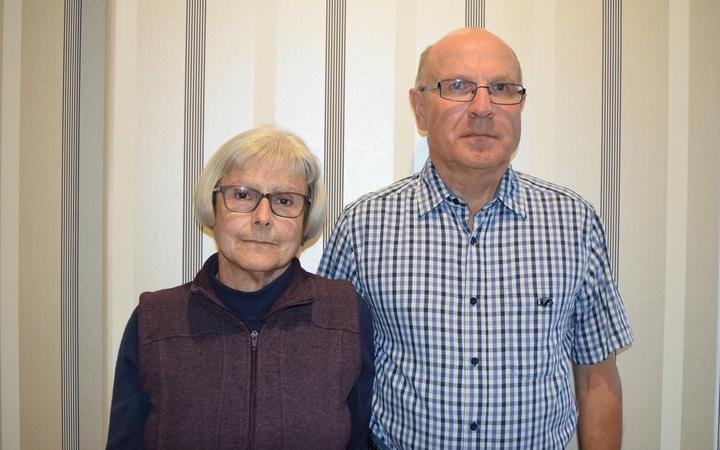 Their lawyer says all homeowners should be worried the same thing could happen to them, after the insurer headed to the courts.

In this latest case, the country's biggest insurer group, IAG, paid builders $350,000 to repair the Huntsbury home of Joy and Paul Evans.

The builders botched it badly, and have since gone into liquidation.

IAG told RNZ it was pursuing them to put things right.

But the company has also gone to the High Court, seeking a ruling on whether it's obliged to pay to repair the botched repairs.

The Evans' lawyer Richard Johnstone is in no doubt about that.

"I just don't see how they can deny responsibility under the contract, given they arranged for, and scoped, and selected the builder," he said.

"Commercially and, frankly, morally to take this point now in 2020, against policy holders that are trapped with a house they cannot use, and cannot sell is a real concern and I'm deeply troubled the step has been taken."

He said IAG, and its subsidiary State Insurance, identified the quake damage, prepared the building contract, selected a project manager and engineering consultants, and paid the builder.

But they did not apply for building consent when they should have, nor did they collate a record of works or get a code compliance certificate.

"This insurer has previously settled some cases with similar circumstances with no question over its responsibility," Johnstone said.

Hundreds of home owners were in similar straits to the Evans.

"What is new is that IAG are now saying it cannot be responsible under the insurance contract for unidentified and unrepaired earthquake damage, and incorrect or inadequate scoping of works, that will not, in fact, (whatever the efforts of the builder) comply with the Building Code and the policy standard of reinstatement," Johnstone said.

"From talking to other counsel in Christchurch, it seems there are many homeowners in similar positions with unresolved and (now) disputed claims before either the Greater Christchurch Claims Resolution Service, Canterbury Earthquakes Insurance Tribunal or the District and High Courts."

Canterbury Earthquakes Insurance Tribunal said a High Court ruling in the Evans' case would of "major benefit" to many other home owners.

But to the Evans, it's an ongoing fight they never asked for.

Ms Evans has a compromised immune system which she said had been made worse by the stress which had taken the place of the trust they once had.

"All the way through this process, we were assured that they were looking after us, and they were doing everything in our best interest," she said.

"We were told we would be looked after."

Ms Evans said the insurer did not give them a payout, and then tell them to hire a contractor themselves. Instead, IAG hired and paid the contractor.

"If that is the case, then they should make that very clear to people right at the beginning... then at least you know where you stand.

"We have no control over what was happening. And we have no budget to do any of this."

The couple, in an affidavit to the High Court, outlined the numerous assurances they were given - by insurer and builder - even as the repairs dragged on for years, and as work was carrying on without consent and contrary to agreed designs, such as for a major retaining wall.

"It was set up by the government and Andrew Little in particular, to help people like us," Mr Evans.

"It was supposed to be a low-cost method of getting things resolved. But State Insurance just seemed to be wriggling out of this and referring things to the High Court in the full knowledge that those things are expensive."

It had cost them $50,000 for legal fees and building reports so far.

In a statement, IAG said where its policy "promised payment of money, not repair work, IAG has consistently maintained that the builder and Hawkins are responsible. This is not a new position".

It said it had been successful supporting customers in a large number of cases, "and this has included using all of the leverage that IAG possesses to require builders and Hawkins to make things right".

"Unfortunately that was not possible in this case."

It was doing all it could to get a resolution in the Evanses' case, the insurer said.

Johnstone said his clients did not agree that IAG had supported them, given it took no responsibility for the inadequate building work that it had organised.

"IAG has not explained why it has picked the Evans' claim to now involve the High Court ... which is doing nothing as they see it to fix their house."

In the meantime, the Evans' part-time jobs have disappeared under Covid-19 and any prospect of a retirement visiting friends abroad is receding.

"We know that even if the next ruling that comes out at the High Court, it won't be the end there will be another High Court appearance," Ms Evans said.

"And then we have no idea after that if the decision goes against [the insurer], whether or not they will appeal it. So we could be looking at even longer... We can't see any end to it."

The house sits unsellable, the Evans estimating it will take more than a million dollars to repair the repairs, money they do not have.

"We have paid our insurance premiums over the years in good faith. We've been left high and dry."