A New Zealand woman has made the tough decision to stay in Lima, because her Peruvian husband was barred from entering the country. 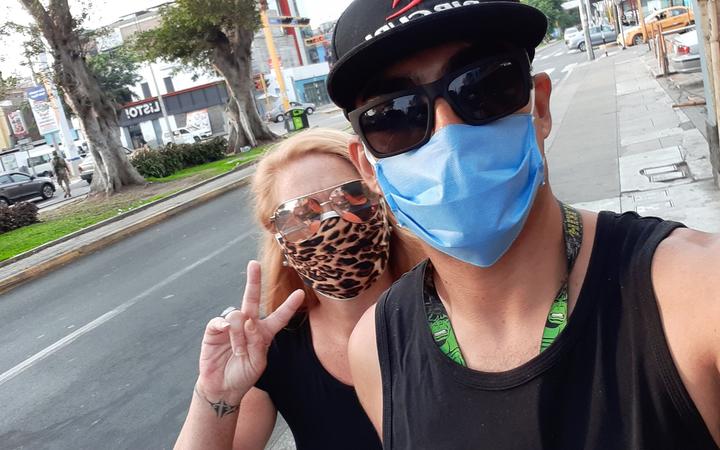 The current border restrictions mean only New Zealand citizens and residents are allowed to travel here.

But there are exceptions for partners, children and parents of citizens and residents, who are travelling together.

Ngaire de la Oliva Zamora, a New Zealand citizen, said she and her husband had hoped to get seats on the government-assisted charter flight to Auckland.

They were hopeful of a positive result when they filled out the immigration application form.

"We filled it out and we emailed it back and it said that because of the overload, it could take a matter of days for them to reply," de la Oliva Zamora said.

"Within a couple of hours, they replied and they told us we'd been denied."

They were gutted and there was no way to appeal the decision, de la Oliva Zamora said.

They then had to contact the New Zealand embassy to tell them they wouldn't be going ahead with their plans to get a seat on the flight.

"It took a couple of days for it to kick in, the reality that we weren't going to return back to New Zealand."

Before her trip, they had been apart for a year. They had planned to get the application for her husband's partnership visa sorted, so he could return to New Zealand.

"Within a matter of days, we went into lockdown. It happened in an instant, just like that, so there was no warning or anything."

De la Oliva Zamora and her husband now face an extended period of time in Peru under lockdown.

She said no one knew when the lockdown might be lifted, or when they might be able to leave.

She said the government-assisted charter flight was their last option for getting home.

In a statement, Immigration New Zealand said Jose Luis de la Oliva's request for an exemption to the border restrictions was declined because he did not demonstrate that he met partnership visa requirements.

It said it did not have information about the couple's marriage and it hadn't been mentioned on his previous visa applications.

Based on the limited information included in the request for an exception this time, Immigration said it could not confirm he met the partnership requirement.

Therefore he was not invited to apply for a visa to enter New Zealand under exceptional circumstances, Immigration said.

Sixty New Zealanders and three Australians were onboard the flight from South America that landed in Auckland this morning.