The country's largest pest eradication programme was largely able to be completed before the lockdown, and monitoring shows threatened native species are now flourishing, the Conservation Minister says. 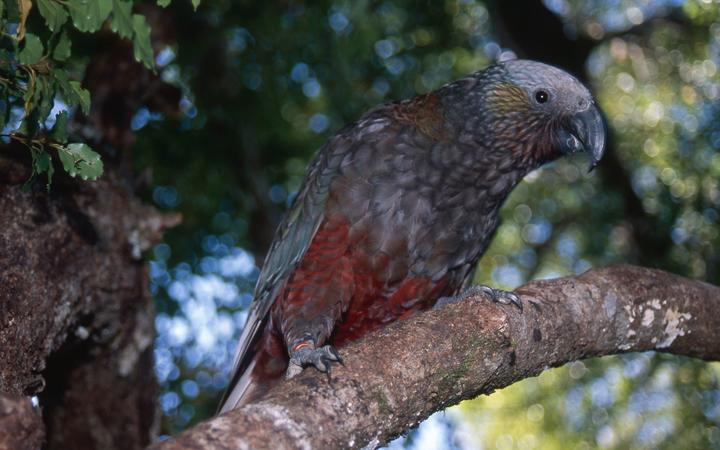 There have been large flocks of South Island kākā with more than 30 juveniles in Fiordland's Eglinton valley. Photo: DOC

The programme, Tiakina Ngā Manu, which covered more than 848,000 hectares of conservation land, has resulted in three quarters of Department of Conservation monitoring sites reporting a decrease in rats.

"Large flocks of South Island kākā with more than 30 juveniles in Fiordland's Eglinton valley, for example, show kākā there are thriving and their population is rebounding as a result of ongoing predator control," Conservation Minister Eugenie Sage said in a statement.

Monitoring has shown an effective decline in the number of rats at more than three quarters of the sites monitored.

The work was especially important after conditions last year saw a huge amount of seed on trees, she said. 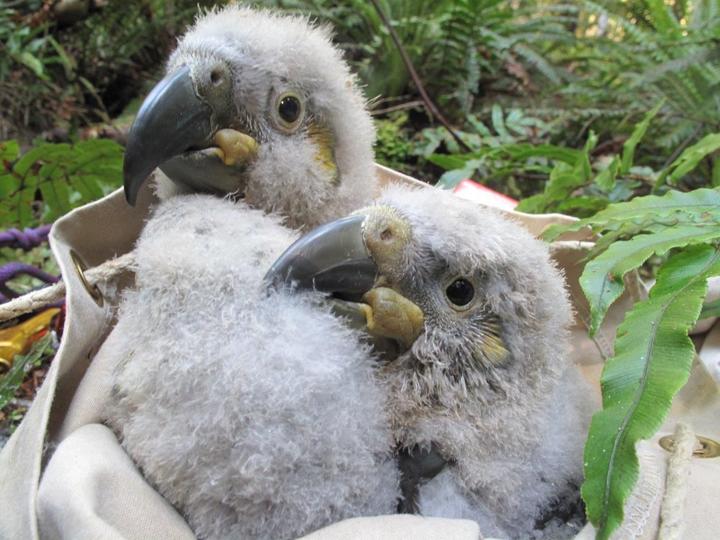 Last year's mega mast saw a big increase in trees dropping their fruits and seeds to the forest floor, providing spikes in predator populations which thrive on these until they run out, then they turn on native species. The mega mast made this predator control work even more important.

While all pest control has stopped under lockdown, staff were busy planning its programme for 2020-21, Sage said. 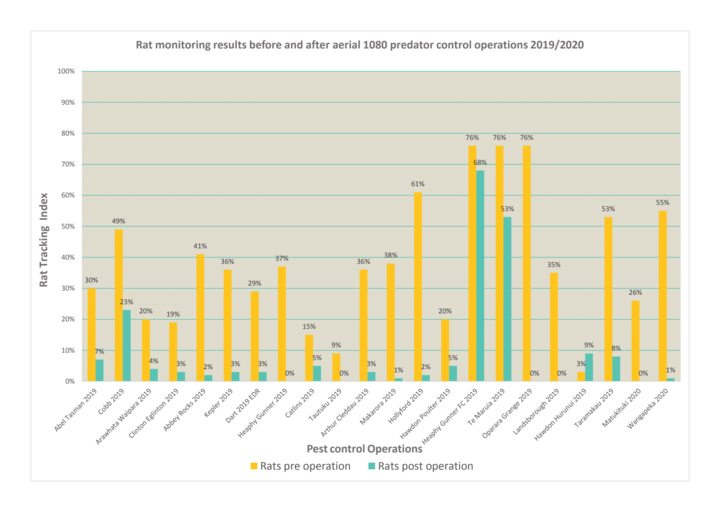