Two New Zealand ducks have made an astonishing 2000km journey to New Caledonia.

The mallard ducks, one drake and one hen, have been discovered on the small New Caledonian island of Lifou. 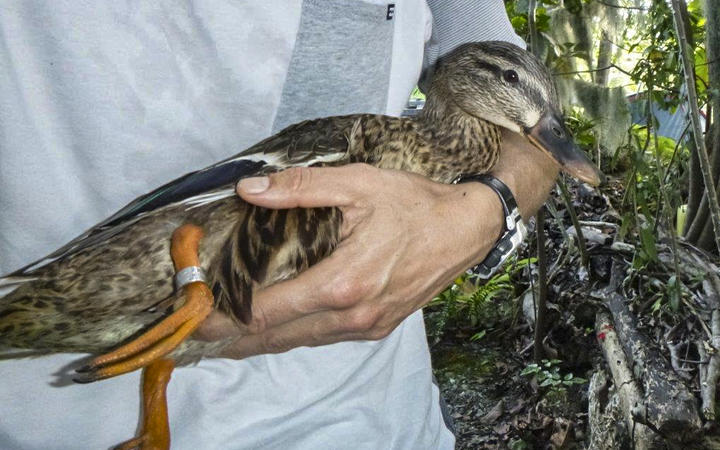 While mallards migrate in the Northern Hemisphere they are largely sedentary in New Zealand and do not stray more than 25km from home.

The two mallards found on Lifou island were traced back to New Zealand after a local vet found they wore Fish & Game bands.

They had been recently banded by Auckland/Waikato Fish & Game staff and volunteers as part of their annual species monitoring programme.

The local vet was alerted to the birds, one of them appearing exhausted, and contacted the Department of Conservation banding office in Wellington, who then notified Fish & Game.

A check on the band details revealed the two birds were part of a group of 880 mallard and grey ducks banded in Pipiroa less than two weeks before they were found on Lifou.

Fish & Game said the mallards' journey was extremely rare, data showing only one in 1000 birds would make such a trip. It is the first time two banded mallards have turned up together.