The PM does not want New Zealand to be at level four for "a minute longer than needed", but says there is no plan to lift it earlier than the planned four weeks. 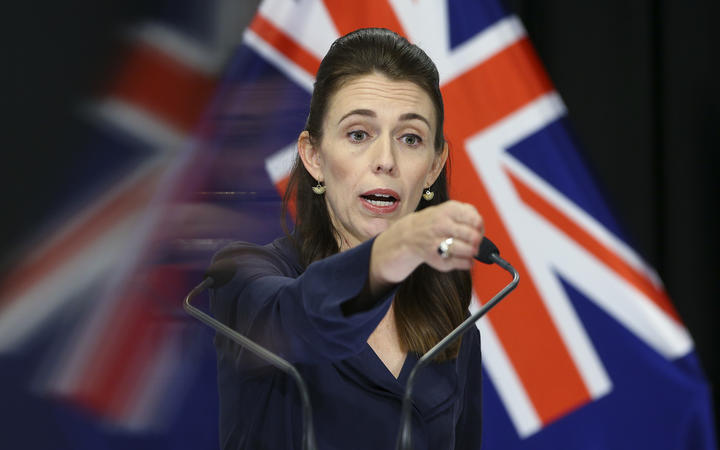 As New Zealand approaches the halfway point of the four-week lockdown, Ardern said the country needed to stay the course.

"We can expect to see cases and contacts of those cases coming through.

"We also need to better understand the cases of community transmission."

She said New Zealand needed to be at level four for four weeks because it took time for symptoms to be seen and some people may have passed on Covid-19 before the lockdown and those symptoms will only just be starting to be seen now.

"No matter what technology can offer us for contact tracing, it will still be critical that we have those one-on-one interviews where we interrogate people.

She said the country needed to be absolutely sure we're not missing 'silent outbreaks' and this was why surveillance testing was important.

Ardern also spoke about the issue of mental health while addressing media after a meeting of Cabinet on the level 4 national response to the Covid-19 outbreak.

The government is launching a campaign and resources to help New Zealanders cope with stresses created by Covid-19.

She said many people felt distressed, anxious or worried and this was completely understandable.

"No-one should be too hard on themselves at this particular point in time."

She said the new campaign would focus on providing people with the tools they needed "to be able to manage their worries, look after their mental health and connect with loved ones, despite operating from their own bubbles at this time".

The Prime Minister has also confirmed that the Covid-19 Wage Subsidy Scheme has paid out $5.3 billion to 876,000 New Zealanders.

"MSD is still working hard through applications ... to support those many employees and businesses."

The Treasury estimates that between $8b and $12 will eventually be paid out in wage subsidies.

There are 39 new confirmed cases of Covid-19 and 28 new probable cases in New Zealand, bringing the country to a total of 1106, the Health Ministry announced this afternoon.

Director-General of Health Dr Ashley Bloomfield said 13 people were in hospital, and three were in ICU - one in Wellington and two in Auckland. One of the people in ICU is in a critical condition.

There are now 12 significant clusters, with 72 cases linked to Marist College in Auckland. The cluster associated with a wedding in Bluff now has 62 cases, and the Matamata cluster has 58.