An Auckland woman says she was shocked that her boss applied for the government's wage subsidy under her name after making her redundant. 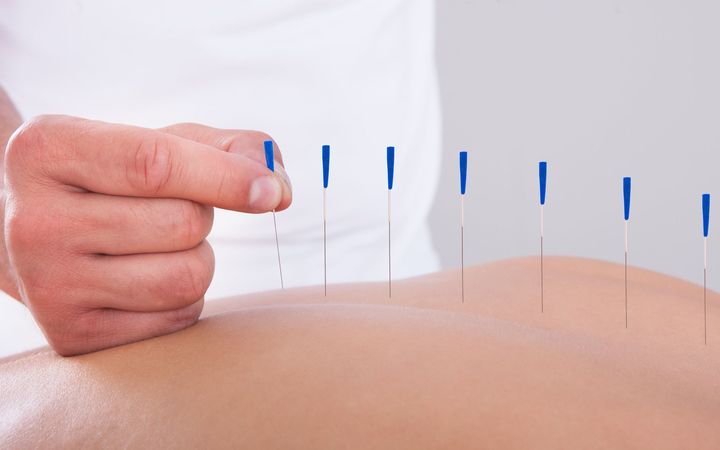 Acupuncturist Wang, who did not want her full name used, said she did not sense anything unusual when she turned up at work on Monday, 23 March - the day the lockdown was announced.

Then the director at the clinic called her into the office to sign a letter of redundancy.

It made no reference to Covid-19 but said only that the clinic was not attracting enough clients for two practitioners and as she was the last one hired, she was the first to go.

Wang said she was completely unprepared for the news.

"I feel quite panic and frustrating because on that day the government decided to do the lockdown nationally and I didn't get any early notice from my boss."

While she was packing up and thinking about how to get by without a job during the lockdown, she was called by another manager to sign another piece of paper.

Wang said the manager read it out to her and still in shock, she thought it was something relating to her redundancy so she signed it.

Later she realised it was application for the government Covid-19 wage subsidy.

Wang said that means the employer will be able to get 12 weeks' wage subsidy from the government which she is not entitled to anymore.

After the redundancy, Wang was given four weeks' pay of $585.80 per week as notice, which is the government's weekly wage subsidy amount, not her full salary.

The director of the clinic told RNZ they have applied for the wage subsidy because Wang technically stays on its payroll for another four weeks after she was made redundant.

The director said the clinic could not apply for just four weeks of the 12-week subsidy but was promising to pay back the extra eight weeks.

Employment law specialist May Moncur, who is acting on behalf of Wang, said an employer cannot apply for wage subsidy under the name of someone they have sacked and in this case the redundancy process has been breached.

"As far as good faith is concerned, before making an employee redundant, they still need to go through a consultation process," she said.

"The employer has not complied with their employment obligation and contractual obligation as far as the notice pay is concerned. Secondly, in our view, this is a straight forward fraud because the employer should have passed on all the wage subsidy to the employee."

Moncur said she was overwhelmed with calls from employees reporting they have been laid off during the lockdown without being properly consulted or not receiving the right amount of redundancy pay, or have no idea whether their employer has tried to seek government help.

She said it is even harder for migrant workers who do not speak English to seek help or report any breaches.

The Ministry of Social Development said it has received a complaint and is looking into it.

The Ministry of Business, Innovation and Employment said the subsidy scheme cannot be used for employees who have been let go, but the employer can re-hire them and apply.

It also says the subsidy cannot be used for redundancy payments and an employer receiving the wage subsidy must retain the employee for the duration of the grant.

"Employers are not eligible to receive a wage subsidy for an employee who voluntarily leaves their employment (eg via accepting a redundancy) and an employer receiving the wage subsidy must retain the employee for the duration of the grant," a statement said.

"If an employer applied for the Covid-19 Wage Subsidy for any employees after 4pm on 27 March 2020, they must retain those employees for at least the duration of the 12 weeks that the subsidy covers or they will be in breach of their obligations.

"We are encouraging businesses who had made staff redundant because of the impact of Covid-19 to re-hire them and use the wage subsidy as support to maintain an employment connection with the worker where possible."

* RNZ is not naming the employer as the two parties are in negotiation.