Jean Topp has been buying the Woman's Weekly for 70 years, including the issues featuring her daughters, the Topp Twins. She tells Susan Strongman she'll miss her weekly treat after publisher Bauer announced it was closing its New Zealand operation. 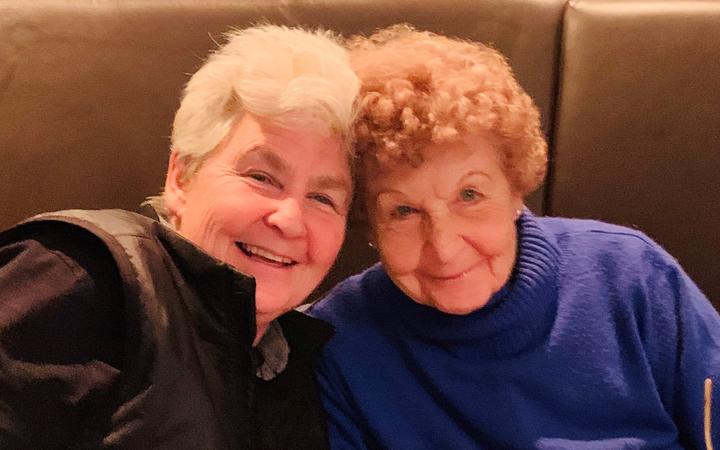 Jean Topp, 89, was a teenager living at the YMCA hostel on Auckland's Queen St when she bought her first copy of the New Zealand Woman's Weekly.

An avid knitter, Jean was sold on the magazine's patterns, but enjoyed the whole read.

"They were just so, so good," she says over the phone from her lockdown location - the Kaipara home of one of her daughters, Topp Twin entertainer Jools. "You could put them down and pick them up at any time. And I kept most of them."

The magazine launched when she was just two years old - its first 7000 issues went into stores on 8 December, 1932. It had a purple cover, and featured a fetching pattern for a lace knit jumper.

Yesterday its publisher, Bauer media, announced it was closing all its New Zealand magazines.

It was many years into Jean's weekly habit that the magazine featured Mrs Topp's daughters - now Dames - Jools and Lynda on its cover (their brother Bruce, a florist at the time, was also profiled in the magazine).

"It's an interesting carry on from Mum," Jools says, "You know as a teenager picking it up to read and then later in life, picking the magazine up and us being on the front of the cover. That's kind of a cool transition from the early days right through til now." 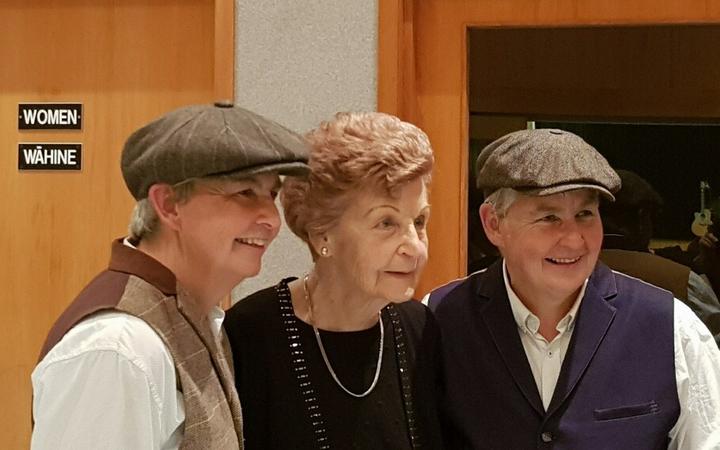 Jean with Jools and Lynda, who were Woman's Weekly cover stars. Photo: supplied

As a mother of young children living on an isolated farm in the country beyond Huntly, the magazine was a treat for Jean.

She bought it every week until the last edition hit the shelves before the government decided weekly magazines were not essential services that could continue production under the Covid-19 level 4 lockdown. By then she mostly enjoyed reading about - and looking through pictures of - the royals. "I think every colour in this world would suit our Queen at the moment," she says.

Jean says she'll miss her weekly treat. So will many other New Zealand women, says a former editor, Wendyl Nissen.

"Women went to that magazine for advice, for information, it ran stories about politics. It was a really useful magazine, still is... Still was, actually, until this morning," Nissen said, hours after Bauer told its staff their jobs were gone.

The adage from Nissen's time as editor during the 1990s (often referred to as the heyday of women's magazines) was 'bed, bath and beach'.

Former Woman's Weekly sub-editor Sally Connor says everyone who worked at the magazine was conscious of how much it meant to the Kiwi women who read it. "For some, it represented the only half hour they got to themselves each week and we took that, and them, very seriously when so many others didn't."

One of her jobs at the magazine was to sub-edit the puzzles. "If I got the tiniest detail wrong I'd get a barrage of angry mail about it."

The mail is something other staffers remember with fondness, and Nissen says the letter bag was always huge. Readers shared details about their daily lives, sent in favourite recipes, and sometimes even birthday cards to the editor - always handwritten, often with the most beautiful, cursive hand.

"In a way, we did operate as a friend - these women had a friend in the Weekly," Nissen says. "I think probably the saddest thing about today is I know there are a lot of old women who read the Weekly... who are in isolation on their own, who won't get that magazine through the letterbox next week.

"I think we forget that magazines have a great big subscriber base. And they are things that come through the letterbox and give people so much joy in this country."