A malaria drug touted by US President Donald Trump as a "game changer" in the fight against Covid-19 has been in high demand in New Zealand, leading Pharmac to put restrictions on its use. 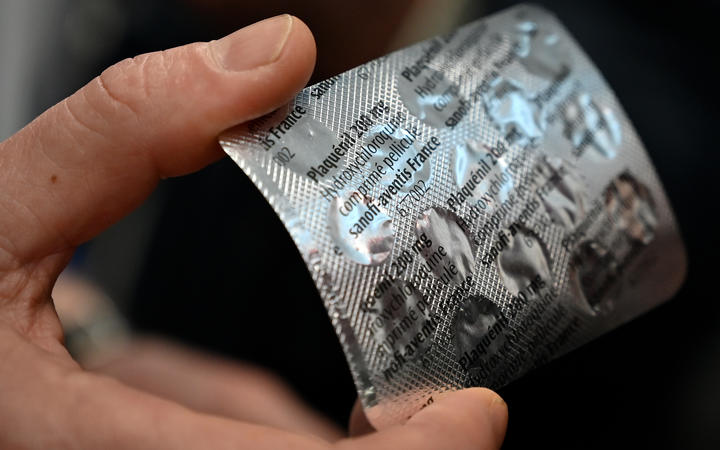 But the government drug-buying agency says hydroxychloroquine will still be available for DHBs which are now involved in trials to see whether it could help prevent or limit the impact of Covid-19 - or even cure it.

Three infectious disease experts spoken to by RNZ, while cautious and not wanting to over-hype its potential, all said the trials were worth pursuing as the drug showed promise.

One said that hydroxychloroquine, which has been used for decades to treat malaria, was among the leading contenders as a possible cure for the virus.

Pharmac's director of operations, Lisa Williams, said until now hydroxychloroquine had been an open listed drug on the Pharmac schedule, meaning that it could be prescribed "for anyone by anyone". 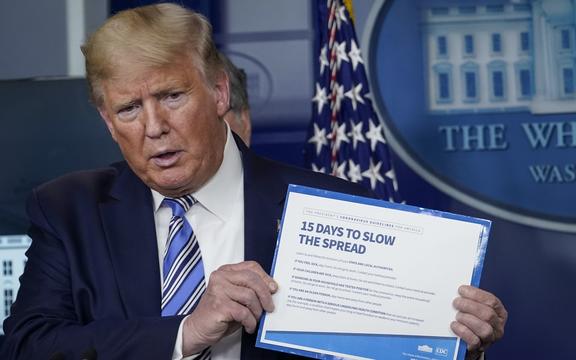 After international attention - including Trump claiming, without evidence - that it could be a "game changer" against Covid-19, Pharmac said demand for hydroxychloroquine spiked in New Zealand.

"There's been a lot of interest in the use of this product for treatment of Covid-19. But there hasn't been any specific evidence to date to confirm that it works for that," Williams said.

"We've been seeing a lot more demand for that and hearing from community pharmacy and general practitioners that they were under pressure to prescribe and dispense this product."

Pharmac has now restricted access to the drug to patients who need it for rheumatoid arthritis, lupus and malaria.

"There was a significant concern that people were prescribing hydroxychloroquine, and possibly other agents as well, for prevention of Covid-19 disease and that was potentially going to make it not available for people who needed it for other conditions," he said.

Dr Thomas said New Zealand was involved in trials run by an international network of intensive care units. The network had been looking at treatment of patients with community-acquired pneumonia and had added Covid-19 to those studies, with New Zealand to contribute patients to that work.

Pharmac said DHBs were also running clinical trials on the drug but were buying it from sources outside Pharmac's suppliers to ensure patients with lupus, rheumatoid arthritis or malaria were not impacted.

Leading contender for a cure

Professor Stephen Chambers, an infectious diseases physician at Otago University in Christchurch, said hydroxychloroquine was among the leading contenders for a possible cure for Covid-19.

He said the world had a head start on research into the drug given China took a keen interest in it during the SARS outbreak between 2002 and 2004.

"There are some good reasons to explore this and it's exciting that there's something that looks like it might be a useful tool."

Professor Chambers, a member of the Ministry of Health's technical advisory group for Covid-19, said when the virus was grown in a test tube exposing it to hydroxychloroquine seemed to have "quite a significant inhibitory effect" and may also interfere with the replication of the virus.

World attention has focused on encouraging studies from China and France, although Professor Chambers said they had design flaws and were not robust enough on their own.

Only a series of well-controlled studies would provide the answers.

Caution was also needed in case resistance developed. "If you get a lot of use of it without us knowing quite how to use it then next thing you know, you find a resistant virus and then of course you'd lose the therapeutic tool you've got."

In the US, the Food and Drug Administration has given emergency approval to distribute the drug and the Department of Health and Human Services accepted 30 million doses donated by Sandoz, a multinational generic drug company.

In granting the approval, the FDA's chief scientist said it was "reasonable to believe" hydroxychloroquine "may be effective in treating Covid-19" and that the benefits outweighed the risks.

Cautious but not dismissive

Professor David Murdoch, dean of Otago University, Christchurch, is more guarded about the promise of hydroxychloroquine, although not dismissive.

"The hype is obviously something that we have to kind of push back a bit on because the evidence is pretty soft but promising, I suppose is the summary at the moment."

He said that unlike bacteria, which could be fought with antibiotics, there were few options to act against viruses and successes such as HIV drugs were the exception.

Professor Murdoch, a clinical microbiologist at Canterbury Health Laboratories who also researches respiratory tract infections, said it could be that drugs were not the solution at all.

With influenza, the pandemics eventually petered out after a significant proportion of the population acquired the infection and became immune.

"We're hoping for drugs that will minimise the severity. So saving lives among those who get severe disease particularly - that would be the major focus," he said.

"But in terms of getting on top of the pandemic, it's going to be about other measures, public health measures plus, potentially a vaccine on the horizon."