The Transport Agency has not been able to keep pace with planned safety upgrades to the roading network, casting doubt over government plans to boost the economy with a raft of infrastructure projects. 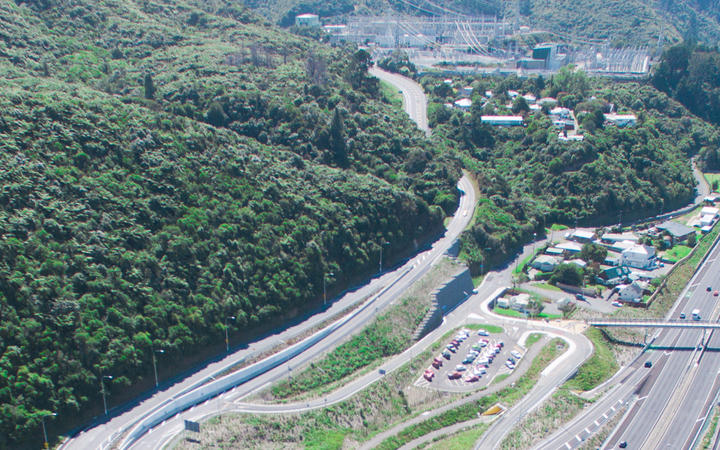 The government is promising to provide extra funding to infrastructure projects that are ready to start in the next six months, as a way to boost the economy and create jobs.

New roads, better water infrastructure and the building or retrofitting of homes are on the table.

But documents obtained by RNZ show the Transport Agency was failing to deliver roading projects before the Covid-19 pandemic struck.

In 2018, $1.4 billion was set aside for the Safe Network Programme to make safety improvements on the most dangerous roads.

The goal of that programme was to prevent 160 deaths or serious injuries on the road each year.

It would do that by making safety improvements on 10 percent of the roading network, the most dangerous parts, adding median barriers, side barriers and rumble strips.

Some roads would also need to be redesigned.

In a report sent to ministers late last year, which RNZ has obtained under the Official Information Act, the Transport Agency said its current delivery rate was half what was expected.

The agency was struggling to spend the money allocated to road safety.

It said larger projects were taking longer than expected to get started.

The Transport Agency report said it was difficult to build in long, narrow corridors, which is the situation for many dangerous roads.

It said the agency was allowed to use only one construction crew at a time on those roads, which limited the amount of work that can get done.

And the report said industry capacity, the number of people they can get to actually make these upgrades, was stretched for specialist resources.

The report went on to say the agency expected a significant increase in spending over summer to get projects underway.

But the report said the pace of delivery would need to increase significantly for the Transport Agency to meet its targets, and in particular to reach the $751 million that has been earmarked for local roads.

In order to spend the allocated money, it was suggested that extra safety improvements were added to existing projects, a way to boost the safety numbers but not necessarily on the most dangerous roads.

Transport Minister Phil Twyford admitted there had been issues in the past 18 months or so in the speed with which roads have been built and safety upgrades added.

But he also said that because unemployment was expected to surge during the pandemic - some estimates put it at 30 percent - there will be a massive work force ready and waiting to make these roads and deliver these projects.

"We're going to have surplus capacity in the economy as a result of the downturn caused by Covid-19," Twyford said.

"Building up our construction industry, whether it's residential, horizontal, which is roads and three waters, or vertical, that is buildings, we're going to have potential to do a lot more and to soak up that spare capacity in the economy.

"That's including workers who are going to be looking for gainful employment."

Twyford said the government would be working with the new Institute of Skills and Training to try to get new infrastructure work force up to speed with their potential new jobs.

Meanwhile, industry leaders say they have gained confidence by the government's infrastructure announcements, but they still expect to be at less than their pre-Covid-19 capacity by the end of the year.

Cos Bruyn, managing director at Fulton Hogan, said they are running at about 20 percent of their pre-pandemic workforce during the lockdown.

That is almost exclusively on emergency roading and other essential fixes.

Bruyn said he expected Fulton Hogan to be at 80 percent of their pre-pandemic work force by the end of the year.

He said major private projects, like the upgrades at Auckland Airport, had been cancelled and it would have a major impact on the infrastructure sector.

David Van Staden, the manager of the Safe Network Programme, said the Transport Agency is working hard to deliver the road safety projects which form the programme.

"As at the end of December 2019 (the most recent quarterly reporting period), over $400m had been invested across the country through the Safe Network Programme.

"Further progress has been made during the summer of 2020, and a large programme of work is scheduled for delivery during the 2020/21 financial year."

On local roads, Van Staden said the rate of delivery is expected to increase in the next year.

"We expect the reported rate of delivery for the local road safety programme to increase towards the end of the 2020/21 NLTP period, as councils provide further details on the work they have carried out."

He said to meet targets for state highway improvements, the Agency is looking at: