Despite being physically isolated from friends or family during the lockdown, people are still finding ways to stay connected. 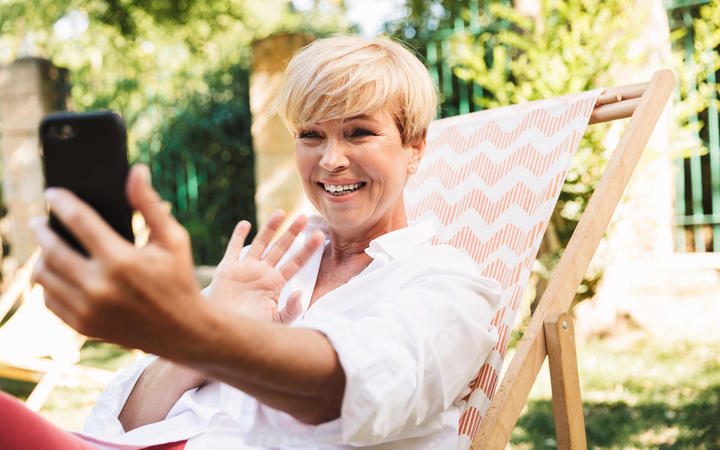 Families are having frequent video calls using things like Skype or FaceTime, and friends are still having their weekend gatherings, only via Zoom or Houseparty apps.

But what would the world have looked like if the pandemic hit in 2005, and people were kept in their houses for weeks at a time without the technology of today?

Smartphones didn't exist, video calling was basic at best, online shopping was only just starting to take off, and streaming services like Netflix were still working in physical DVDs or videos.

Social media sites were starting to pop up, with Facebook launched in 2004 but yet to become a global behemoth.

YouTube launched in 2005, with this short clip at the San Diego zoo the first video ever posted.

Fast forward to today, and more than five billion videos are played every day on YouTube, including music videos, travel vlogs, funny home clips and, of course, live news such as Covid-19 updates.

Tech commentator Bill Bennett said much of the technology that was thriving during the lockdown, like video calling, was around in 2005, but it was far too expensive or far too slow to use.

"Video calling did exist at that time but you were looking at postage stamp sized images, I mean they really were tiny," Bennett said.

"You could just about do it, but the problem you would run up against was not the technology for doing it, although the lines were really quite slow ... it was the cost around doing it.

"If you think back to that kind of era, that was the days when you would get a few hundred text messages a month for an extra $10 on your mobile.

"And mobile phones were relatively expensive. You'd probably spend about as much money then as you do now, but you'd get a lot less for it."

During the lockdown, there has been confusion about the amount of physical activity one can enjoy outside of the house.

Today's technology means that with gyms closed and sport shut down, workouts can continue.

Andrew Smith, the strength and conditioning coach for the Wellington Firebirds cricket team, has started Facebook streaming a daily 15-minute workout from his garage to help motivate people to stay healthy.

"I've got two girls, one's nine and one's three, and I thought a lot of people are going to be in a similar boat with the kids around the house, and they're gonna want to do some exercise.

"So I thought if I could set something up everyday, so it's in someone's diary everyday that we're in the same place, doing exercise, then they can join us and it might keep them moving, and it might keep people sane as well."

Smith said he has had a great response, with messages from people feeling the pain after an exercise session.

Down in Dunedin, Otago University student Tom Valentine is stuck in his flat hundreds of kilometres away from his Wellington family.

He said he was using FaceTime and other apps to stay connected with his family or friends, while the university started video streaming classes on Monday.

Technology is keeping people connected and alleviating some of the boredom of being stuck at home.

However, commentator Bill Bennett is not sure we are actually better off for it.

"In some ways we're a lot better off," he said.

"It's much easier to get in touch with people, you can Skype the other side of the world and it costs you next to nothing.

"But what's also happened is it's tended to sort the world into various tribes and the various tribes don't talk to each other because it's much easier to stay in your own bubble and your own people who think like you."

While the internet is allowing bubble to bubble communication via apps like Skype and Facebook, Bennett said online bubbles mean people do not challenge their opinions.

For interconnectivity, then, 2020 is the place to be during a pandemic.

But for developing world views and expanding the mind, Bennett said it was better in the good old days.