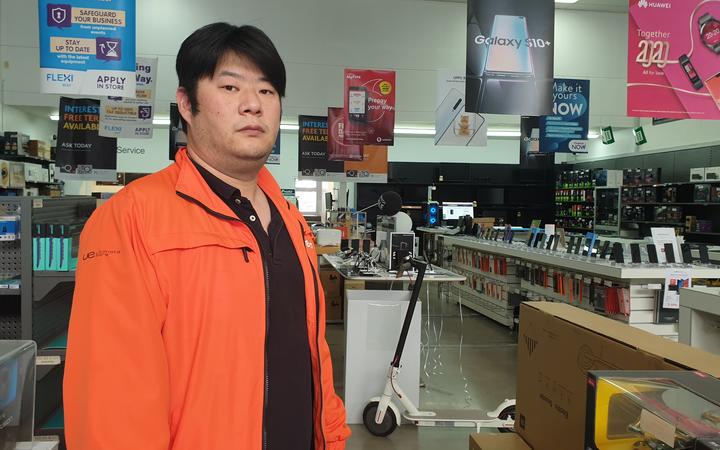 With thousands being forced to work at home, monitors, keyboards and headsets were flying out the door.

PB Tech store manager Donny Dong said there had been a steady stream of customers at his New Plymouth outlet since the prime minister made the shutdown announcement earlier this week.

"We supply monitors, keyboards, mouse, headphones and webcams, and they are in high demand after the government announced the lockdown. We've nearly sold out of everything in store."

He said many people had discovered they did not have what they needed to work from home.

"Some people realised their laptop or computer's not good enough so they will get a new one to get everything prepared."

He said sales volume was comparable to the annual sales season.

"We feel like Boxing Day and people are just getting what they need."

Tricia Thompson already worked from home as an online tutor.

She was suffering from a bout of Murphy's Law.

"Today of all days my headset had gone kaput and the IT helpdesk thinks it's not anything they can fix.

"So I've got to buy a new one and now I'm on the search cause everyone is working from home now and everyone is buying headsets."

It looked like Thompson was going to miss out.

Simon Riddle was looking for a workaround to boost his internet performance at home.

But he was not having any luck either.

"My wifi is a bit dodgy at home and I was gonna come and get a 20m ethernet cable to plug my laptop straight into the router, but it's all gone.

"So I'll have to make do. I thought I'd get the cable, but nah so I'll just have to stick to the wifi."

Harvey Norman New Plymouth branch technology manager said it too had been very busy ahead of the shutdown.

He referred RNZ to the retailer's head office for more detail, but it declined to comment.

He said laptops, monitors, headphones and various connection cables had been selling fast as Kiwis prepared themselves to work remotely.

Bell was unable to say whether customers were missing out as items went out of stock.