The Royal College of GPs is calling for the rationing of data and phone calls. 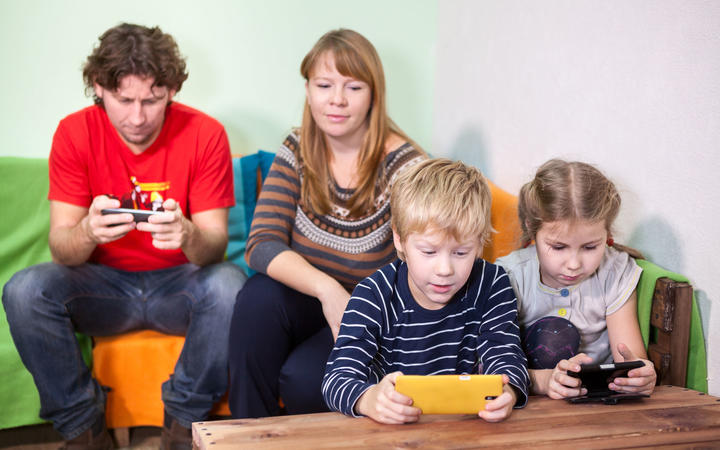 Phone and internet traffic has ramped up this week as people spend more time at home.

GPs said this was overloading the system, making it harder for patients to contact them and for doctors to reach out to patients.

Streaming of movies and games may be seen by some as an essential service when they cannot leave the house.

Royal College head and Wellington GP Dr Samantha Murton said the increased demand this was placing on the system was making it difficult for doctors to contact patients online.

"We're frontline healthcare and so as an essential service we expect the traffic and the capacity to be diverted to health-related stuff, rather than people using it at home or playing the games or whatever else it is."

The increased need to deal with patients remotely, in order to reduce the spread of Covid-19, meant the use of online portals to message them and prescribe medicines, was now more important than ever, she said.

"One of our portals yesterday was struggling a bit just trying to get referrals done and sending messages out to patients. So suddenly you realise how much day-to-day work we do that if you convert it to electronic, it is a completely different ballgame ... we might just need a little bit of extra here."

The most common means of contacting a GP was over a mobile phone, but on Monday the cell network was completely overloaded, she said.

"It is essential that people can get healthcare. And if they can't get their healthcare, they tend to go somewhere where they can find it for free, and that is in a hospital. A hospital is not the place for people to be at this time. We need to be having people getting all their care as much as they can out in the community at the moment. That means that we need to have phone access."

Both Spark and Vodafone told RNZ that overloaded phone and internet networks were an industry-wide problem and directed our inquiries to the industry body, the Telecommunications Forum.

Head Geoff Thorn said there was plenty of capacity in the broadband network to handle the extra demand, thanks mostly to the investment telcos put into infrastructure ahead of the decision to stream the Rugby World Cup.

"It is not clear yet what the new normal will be. But I would say although there may be some times when it will slow down, there are very few networks where you can increase the demand in the same way that occurred over the last couple of days and have the network still stand up and operate which is where we are at the moment and it is due to the investment that the companies have made in the networks."

Thorn said the same went for the ability of the system to handle the upsurge in calls.

Even if it was desirable to ration data and calls, doing so would be extremely difficult, he said.

"We do have priority for 111 calls, but to start changing the networks to give priority to other numbers, I mean, it would be difficult to find somewhere to start. In terms of rationing broadband access ... well, that's really hard because you're actually getting down into the data that's being transmitted across the network to identify what it is and then allocate priorities to it. That becomes a real challenge."

He said telcos would continue to reroute traffic to take the pressure off broadband infrastructure when required.

He was confident there was enough space on the network for doctors and for those streaming movies at home.