Health officials failed to tell a disability service it was linked to a cluster of Covid-19 cases before publicly outing it online.

The Ministry of Health describes a cluster as a group of Covid-19 cases that are linked together because they've been in the same place together.

The Ministry yesterday announced 14 significant outbreaks of the infectious disease across the country. It has since revised that number back down to seven, after it clarified clusters are outbreaks with more than 10 cases.

But this was after it publicly named Spectrum Care, and seven other individuals and companies, on its website.

New Zealand's biggest outbreak of Covid-19 is at Auckland's Marist College. It's a small Catholic school, with slightly more than 700 students. 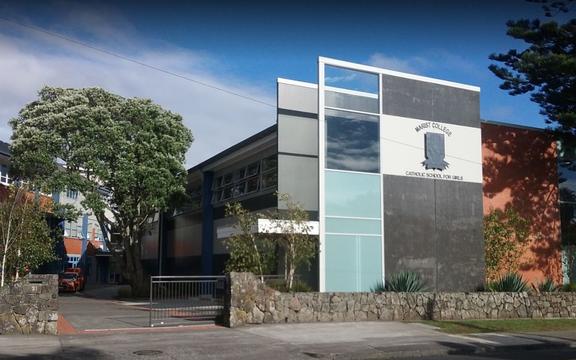 Confirmed Covid-19 cases linked to the college today hit 50 - at least 14 staff, including the principal, and 12 students are among the infected.

Auckland Catholic Diocese Vicar for Education Catherine Ryan has been in regular contact with principal Raechelle Taulu and the school's board of trustees.

The students and staff who are infected are all doing well, she said.

"Raechelle is recovering well, she is currently at home home-schooling her beautiful 5-year-old and she continues to be very positive, there and available for the community."

'The update was made without us being aware'

Spectrum Care is a support service for young people and adults with disabilities and their families. It was yesterday listed by the Ministry of Health as being linked to a significant cluster, but it has since been removed from that list after health officials revised the definition of a cluster.

Six Spectrum care staff in Auckland have tested positive and they are in isolation.

Spokesperson Justin Walsh said staff had no idea it had been deemed an outbreak, and within minutes of the announcement he was swamped with calls, including some from the media.

"The reporting is done via the Auckland Regional Public Health service to the Ministry of Health who then post that data onto their website update. The website update was made without us being aware, so the first we became aware of that was being contacted by media."

"It starts off with a case interview, followed by identification of who their close contacts would've been and each situation is variable. It depends on the nature of the movements of the case and so it can mean we have more testing at a local level, according to the local medical officer of health."

The Health Ministry is also now limiting the information it releases publicly about the clusters.

Only the general location, how many cases and a brief description - like a wedding or a bar - will be listed.

This comes after it yesterday inadvertently identified two people linked to clusters of Covid-19 on its website.

"We have to be very mindful of the balance between providing that information, but also protecting the privacy of both individuals and places they may have been associated with.

The Ministry has apologised to both individuals it identified.