Police have not ruled out taking a tougher approach to clear out city hotspots where hundreds of people are going for their lockdown fresh air fixes. 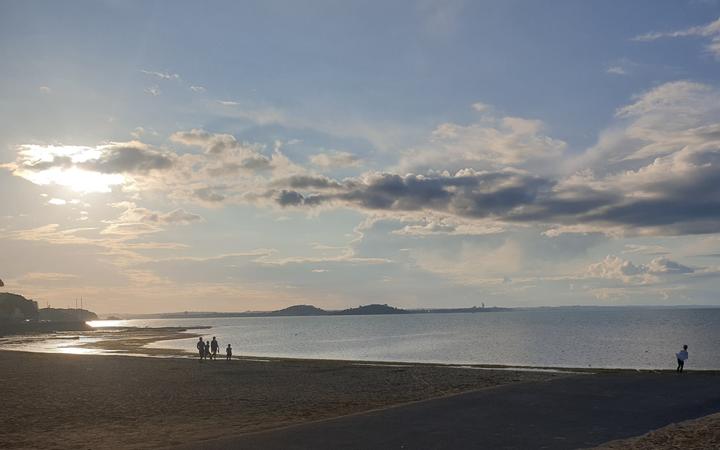 Police Commissioner Mike Bush expressed surprise and concern yesterday about the volumes of people trekking to Wellington's Oriental Parade for exercise, and he is reinforcing pleas to stay local.

He told Morning Report there were plans to increase police presence at Oriental Bay if crowds continued to gather.

"There were so many people ... you've got to use your common sense."

On sundrenched St Heliers Beach in Auckland yesterday, many walkers said they would welcome the possibility of police stepping in to help clear overcrowded areas.

However, the consensus was that social distancing had been "so far, pretty good".

He added that if police spotted people not maintaining the two-metre distance, they would be given some advice.

If a person consistently broke that two-metre distance rule, police would step in.

He said police had the authority under the Health Act, Civil Defence Emergency Management Act and the Summary of Offences Act.

"The legislation is the final resort."

Bush said there had now been four arrests for persistently breaching lockdown rules, one up from yesterday.

But the person also has other charges, so will be in custody longer.

As of this morning, there were 5543 reports on the website set up last week to dob people in for not following the rules.

"Majority of Kiwis want to do the right thing. Most people will comply," he said.

Those in doubt should go to the government's Covid-19 website, he said.

Theresa Corballis said she had seen a few people getting too close on the weekend, but people's willingness to stay 2m away seemed like it was improving with time.

Sarah Dandy said only the odd person was leaving a "normal" passing distance.

With largely empty roads, and more space being used up on the footpath, Rob Lee said a new kind of social etiquette was developing about who should give way.

"I've seen, even someone running down the middle of the road with a car giving way to them, and a biker giving way to a pedestrian, or visa-versa," he said.

Corballis thought people travelling faster should be responsible for taking wide berths around others.

"I actually think that the bikers should stay more on the road because it's kind of more free now. So that seems like the logical choice. And the runners - they can swerve as well," she said.

Sunday afternoon proved a particularly busy time at Oriental Bay with visitors numbering in the hundreds, and drawing comments from police the following day.

Steve Dempsy said it was unlikely the same thing would happen in St Heliers, but he would like police to break it up if it did.

"I think there's enough space for everybody. But if it's too crowded, I think they should intervene," he said.

Corballis said police would not need to use any force to get the message across, just a gentle reminder "in a friendly way."

"They don't need to come and drag people off, but they can move people on," he said.

Rob Lee said he also supported the idea, but it was important the same rules were applied consistently across the country.

"Then when we see them, and their presence, we'll be able to judge what's decent," he said.