New Zealand now has 514 confirmed and probable Covid-19 cases. One week ago we had 66 cases, two weeks ago we had eight, three weeks ago there were five and four weeks ago it had just been confirmed that one person had tested positive in New Zealand.

In just one month the number of cases in New Zealand has grown significantly as people rushed back after borders around the world closed and airlines stopped flying.

Most of the cases in New Zealand are related to travel, including a group of three men in their 20s who travelled from Chicago to Whanganui on 23 March and another group of mostly middle-aged Wellingtonians who travelled together on a trip to New York. Fifteen of them are confirmed to have the coronavirus, while another two probably have it.

How Covid-19 is spreading in NZ: RNZ is tracking every confirmed and probable case using an interactive map

While the majority of cases are associated with international travel, there are many where the virus has also spread within groups in New Zealand, such as 31 people who are linked to Marist College in Mount Albert, Auckland.

Ten people who tested positive are linked to a private wedding in Wellington, and 11 are linked to a rest home in Hamilton. The Ministry of Health is also investigating how nine cases in Matamata, Waikato are related and eight which are linked to a workplace in Christchurch. 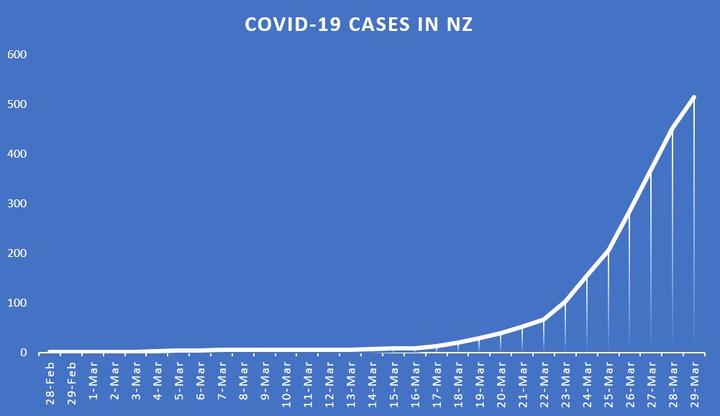 Seventeen people who have the coronavirus are linked to the World Hereford Conference in Queenstown - those who were exposed travelled back to Auckland, Hawke's Bay and Wellington.

But at least nine people linked to the conference remained in the Southern District Health Board area, which covers the bottom of the South Island, including Dunedin, Fiordland, Queenstown, Oamaru and Invercargill. With 70 total cases, the Southern DHB area has the highest number of cases per population. 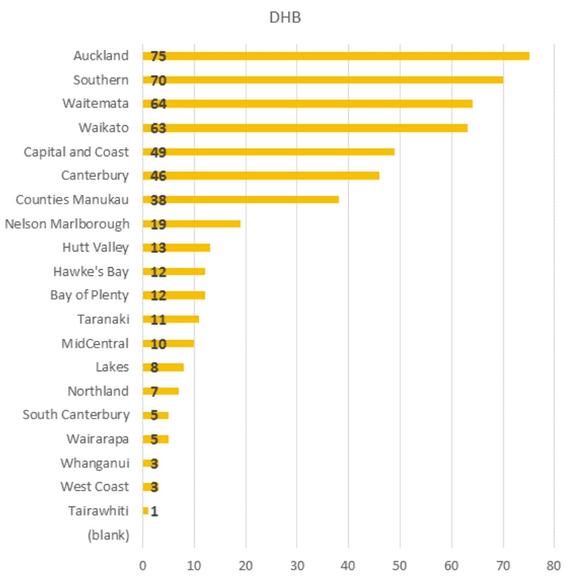 Covid-19 cases by DHB as of 29 March Photo: Ministry of Health

Along with the Southern DHB area, other hotspots in New Zealand include the following DHB areas: Auckland, Waitemata, Waikato, Capital and Coast and Canterbury. Tairawhiti, Whanganui and the West Coast have the fewest cases.

Health experts earlier this month warned younger people not to be complacent, and not to think that they wouldn't get the coronavirus.

Twenty-five teenagers aged between 15 and 19 and 13 children aged under 14 have contracted the virus. Among the children are two girls aged under four in Canterbury - one who had travelled to New Zealand from Indonesia and one who travelled from Australia, one girl in Waikato and one in South Canterbury.

One baby boy in Waitemata - who has not travelled internationally - has also tested positive and a baby girl in Counties Manukau is a probable case. 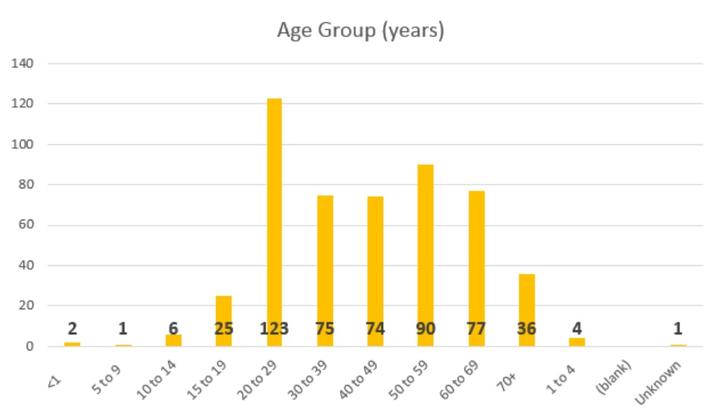 Covid-19 cases by age as at 29 March Photo: Ministry of Health

The woman, aged in her 70s, was from the West Coast and died this morning at Grey Base Hospital in Greymouth. She had tested positive for the virus on Friday.

While many cases had strong links to overseas travel and confirmed cases, the virus has been spreading in the community, Dr Bloomfield said.

"The number associated with community transmission will be increasing, I have no doubt about that and particularly because we are seeing the small number of clusters around the place and that's the thing about Alert Level 4, it's predicated on community transmission is either present or there is a risk of it being sustained.

"That's why we are in Alert Level 4, to break that chain of community transmission."

Ardern said she had heard of comments people had made online toward people who had the virus, which she said was bullying.

"There are 514 people who are or who have battled this illness and they deserve our support just as we would for anyone who was sick and in need."

The death was an example of "exactly why" New Zealand had gone into lockdown to deal with the Covid-19 outbreak, Ardern said.

"Today's death is a reminder of the fight that we have on our hands ... stay at home, break the chain and save lives."