All freedom campers in the New Plymouth area have been rounded up and told they must head to a holiday park for the duration of the Covid-19 shutdown. 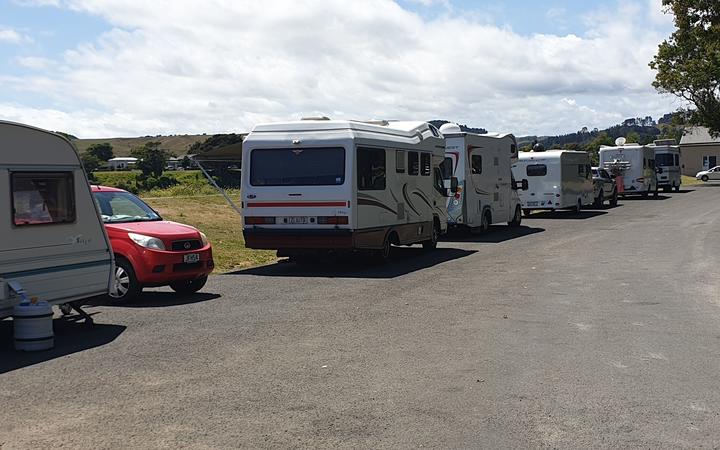 The move comes as the district council ramps up its response to the crisis.

Today it closed 14 car parks at reserves, parks and beaches - including those which provide options for freedom campers. The closures are in part to provide freedom campers with a safe haven but also to discourage people gathering at popular recreational spots.

Belt Road Seaside Holiday Park owner, Peter Crawford, said it had been working closely with Civil Defence, but he was still a little unsure what to expect.

"They don't have a number but we've said the first 150 won't be a problem and we'll reassess if we're getting close to that. But we're not expecting to or at least I'm not expecting to. I don't know what they're expecting."

Mr Crawford said so far seven had turned up and the park could accommodate 500 campers.

He said he'd been told if the freedom campers could not pay, the holiday park would not be out of pocket.

"The costs when they can't cover it themselves are either covered by Work and Income or Civil Defence.

"We're certainly going to discourage any movement. When people call we say 'we don't mind if you're with us or not but find a place and stay there' because it makes the actions of the 99 percent a bit pointless doesn't it."

District council spokesperson Jacqueline Baker said requiring freedom campers to move to the holiday park ensured they had a safe place to stay during the lockdown.

"The Belt Road Holiday Park has the necessary facilities and hygiene precautions in place to adhere to alert level 4 rules," Ms Baker said. "We urge freedom campers like the rest of us, to stay put and save lives."

Ms Baker said the decision to close the car parks was consistent with the level 4 shutdown and state of emergency.

"The government says only essential car travel is allowed and has asked us all to stay home and save lives as we unite against Covid-19," she said. "Most of us are doing a great job; staying home and keeping away from public spaces."

In recent days debate has raged in New Plymouth about whether it was appropriate to drive to local beaches or not and several surfers had ignored pleas to stay out of the ocean.

Wind Wand, next to the public toilets