Health staff are preparing for the reality they may have to treat people who have coronavirus and who also need emergency surgery. 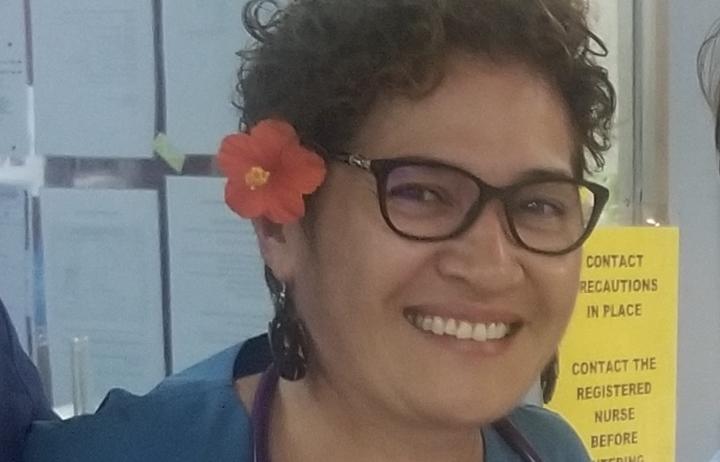 Auckland anaesthetist and pain specialist Dr Leinani Aiono-le Tagaloa, shares her experience of what happens when a health system gets overwhelmed, and how she's preparing for the curve balls Covid-19 may throw.

The senior doctor spent part of Thursday learning how she'll protect herself and her family from Covid-19 and still be able to operate on infectious people.

"For example, someone might have Covid-19 but have an appendix that needs to be taken out. So managing that is what the hospital's preparing for now.

"As anaesthetists, we're trained in how to safely manage the airway, which is the most infectious part."

This means double gloving, and N95 masks - which are a "step up" from what they would normally wear. They've also been taught how to get protective gear on and off while minimising exposure to germs.

Only the most senior anaesthetists will be dealing with infectious patients who need these surgeries, she said.

At the end of the day she'll shower and change before returning home. As an extra step, she'll also dip her clothes in a bleach solution to try to protect her husband and her daughter - both of whom have asthma.

"I'm not willing to put them at more risk than I have to," she said.

'I still see their faces'

Aiono-le Tagaloa said she was still haunted by her experience working during a medical crisis that swamped a country.

She was one of a select group of specialists sent to Samoa - her birthplace - last November during the measles outbreak.

Despite being rostered to give night cover for exhausted anaesthetists for a week, she ended up managing a satellite intensive care unit set up in a recovery room.

"Seeing kids die and being able to do nothing about it, that was really tough. And having to turn away from a child who had just died, knowing that there was another one who was going to fill that bed.

"And you had to be completely together and able to give to that one as well.

"I can still see the faces of the children I looked after. Especially the seven-month-old who died in my arms, on my last night, when I had done everything I could do."

More than 80 people died in Samoa's measles outbreak, but Aiono-le Tagaloa said focusing only on deaths didn't illustrate how much pressure was on the health system.

It was managing Covid-19 on top of the usual demands, she said.

At one point during her time in Samoa, a decision had to be made to provide end of life care to an elderly man who would have had surgery if ICU space was available.

"He needed intensive care if he was going to have surgery, but there was nowhere to put him. So we had a conversation with him and his family and he was given pain relief, and he died comfortably."

She said she would hate to see that situation replayed here with Covid-19, but it was a possibility we had to prepare for.

"If we have a huge number of patients not only testing positive but also symptomatically unwell, that could quickly overwhelm our resources and our ability to deal with it."

'Pray, and load your gun'

Much like what happened in Samoa, she is preparing to be versatile in responding to Covid-19.

Although she is not currently on the frontline with ICU staff and nurses, Aiono-le Tagaloa and her colleagues know they may be redeployed there if needed.

There was a good chance those on the frontline would become infected with Covid-19, which would leave gaps to fill, she said.

"Then the next port of call will be us anaesthetists have to step up and look after patients who have become unwell because our colleagues have become infected.

Aiono-le Tagaloa said her mantra at the moment was: 'pray, and load your gun.'

"I've done my praying, and now I'm loading my gun, so to speak."

What you do helps

Aiono-le Tagaloa said it was just as crucial for people to follow lockdown rules as it was for her to continue working.

This was the only way to give the health system a chance of continuing to provide care for everyone who needs it, she said.

"It is worthwhile and it does make a difference - as much as it does as me coming to work. It is everyone pulling together as one.