New Zealanders stuck in Peru are pinning their hopes of escape on commercial charter flights organised by an Australian travel company. 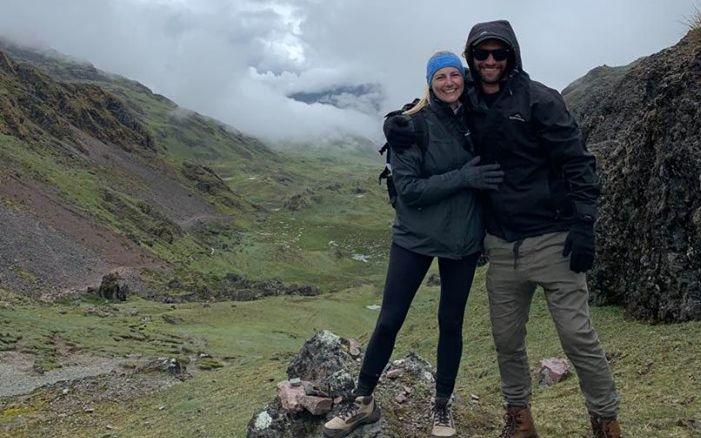 The Australian government has been working with Chimu Adventures to finalise the flights to get people out of South America.

Bridget Prior and her husband Thomas Giles have been holed up in an apartment in Peru's capital, Lima.

They had just finished their trek to Machu Picchu when the country began closing its borders - with little warning.

The couple managed to make it from Cusco to Lima, but finding a flight out of the country has been impossible.

That was until they found out from other travellers about the flights being arranged by Chimu Adventures.

They were given an email to register their interest, although Prior said some people were sceptical about its legitimacy.

Reassuringly, not long after they heard about the flight, Prior said she received an email from SafeTravel telling them about the flight and urging them to register if they wanted to get out of Peru.

"We were like, okay, that gives us a bit more confidence, the New Zealand government is actually encouraging us to sign up to this flight, so we did."

Now Prior said they were waiting for word on when the flight would leave.

"We expected initially when we paid for the flights that we would have been gone already, but naturally I'm sure they've run into issues and complications with trying to negotiate conditions to take us."

But for Holly Bates and her Australian partner, even getting to an airport is a challenge.

They are in Puno in Peru - about a 20 hour drive from Lima, or seven hours from Cusco.

They wanted to get on one of the Chimu Adventures flights, but they are too far away and the country is in lockdown.

"We've tried both the New Zealand and Australian governments if there is a way that they can [guarantee] safe passage for us to at least get to Lima, but that seems like a far stretch at the moment, they don't seem to be able to help us with that."

And with Peru announcing a further two weeks of lockdown, the couple will be stuck in their hotel until mid-April.

The only other people there are a couple from Melbourne and the hotel manager.

Bates said there was no chance they would be going outside.

"The reason we don't is that the hotel manager doesn't think it's safe for us to do so," Bates said.

That meant the hotel manager had to get everything they needed.

The Australian government said the flight from Lima is full - and it's expected to leave in the next few days, pending final departure approval from Peruvian authorities.

Other flights are being arranged by Chimu Adventures from other parts of South America.

New Zealand's Ministry of Foreign Affairs has been working with the Australian and Peruvian governments as well, to make sure the flights go ahead.

It said the embassy in Chile's capital Santiago is in regular contact with a number of New Zealanders in Peru and it's providing updated advice and information to those who are registered as being there.