Are you tossing up whether or not to take the kids to the indoor playground, or head to the gym, as fears grow about the spread of Covid-19? 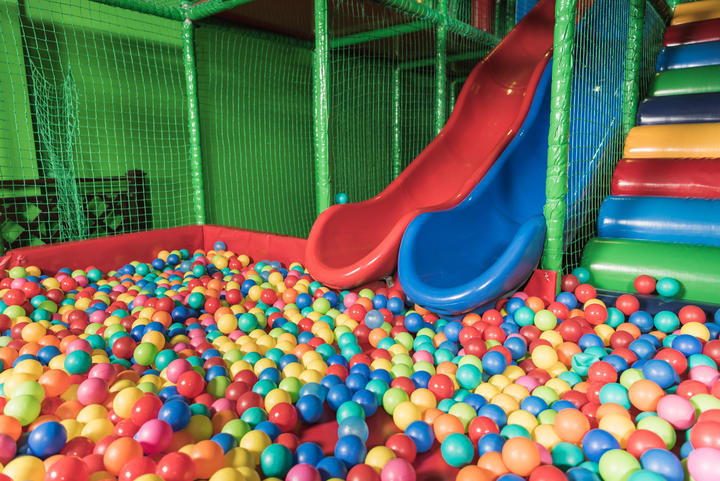 Every ball in the ball pit at Magic Loft indoor playground is being disinfected weekly (file picture). Photo: 123RF

Some businesses are putting extra precautions in place, to reassure people that if they are well, it is clean and safe to visit.

At Magic Loft, an indoor playground on Auckland's North Shore, that means testing the temperature of everyone coming into the building.

Playground manager Colette Wilson said if someone's temperature was above 37.5 degrees, they would be asked to step outside for five or 10 minutes to cool down and have their temperature checked again.

If it was still too high, they would be asked to come back another day, when they're feeling better.

"A lot of the time we've had customers coming in and they're like, 'what is this?', moaning about it, but the majority of the response has been absolutely fantastic and they've been really happy that we've put this into place and that we're doing this," Wilson said.

Cecelia and her partner were visiting with their two-year-old and five-month old kids.

She said the temperature checks were reassuring.

"It makes me feel better about bringing my kids here, so they don't get sick, or catch anything from the other kids if parents bring their sick kids here."

Cecelia said it was something the playground should consider doing all the time.

Wilson said the playground equipment was cleaned every night, but they have also started closing on Tuesdays so they can do an extra deep clean of all the equipment - including disinfecting every single ball in the ball pit.

Auckland Council has 42 leisure centres, including gyms and pools, around the city.

Auckland Council head of active recreation Dave Stewart said they too have been taking extra precautions because of Covid-19.

"We have got signs up around the gym making sure that customers know to use the wipes to clean down equipment after they have used it," he said.

"Additionally, the teams go round regularly through the gym, wiping down all the equipment making sure everything is nice and clean."

Stewart had a simple message for people weighing up whether or not to go to the gym.

"We know that exercise is really good for building immunity, keeping you healthy and well, so it's a great thing to be doing if you're well, coming in.

"If you're unwell, stay away, look after yourself first and foremost, get yourself better, come back in."

Stewart said if people were sick, or having to self-isolate, they could put their council gym memberships on hold, so they would not lose out financially.