A man who stabbed one of the country's most notorious murderers more than 40 times in prison has been sentenced to preventive detention. 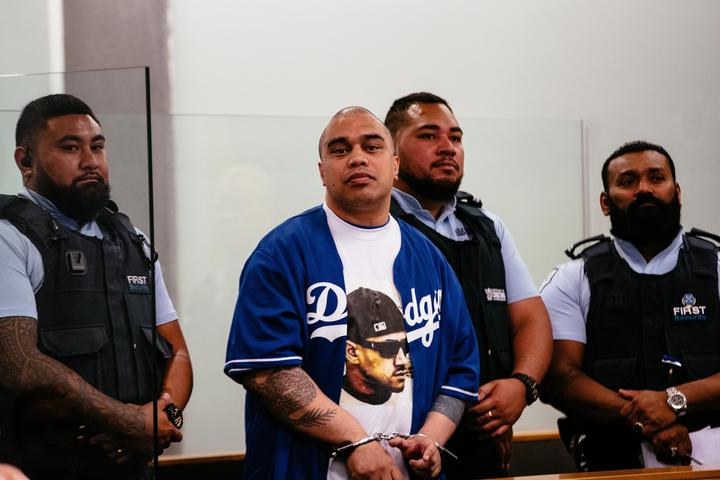 Siuaki Lisiate, himself a convicted murderer, attacked double killer Graeme Burton while the men were doing time in the maximum security prison at Auckland's Paremoremo in May 2018.

Lisiate, who'd previously pleaded guilty to wounding with intent to cause grievous bodily harm, was handcuffed and flanked by four security guards when he appeared for sentencing in the High Court at Auckland this morning.

Justice Venning described the attack, in which another prisoner hit Burton, before Lisiate and a third man moved in.

"By this stage Mr Burton was lying on the ground. You removed two shanks you had on you and repeatedly stabbed Mr Burton to the head and face and upper torso," the judge said.

"You also kicked Mr Burton numerous times. During the assault you stabbed Mr Burton over 40 times."

Burton, who has a prosthetic leg after a limb was amputated after he was shot by police in 2007, survived but suffered permanent damage to his right eye.

Lisiate's lawyer Ron Mansfield submitted that Lisiate had been acting in self defence because Burton had threatened him and was a violent man.

He asked the judge to give some weight to the reality of life inside prison and to consider that Lisiate has become institutionalised due to spending much of his life inside, since age 17.

"Do we want to acknowledge the steps he is taking ... to seek rehabilitation and provide him with that opportunity? Because we're at risk, in my submission, of extinguishing any enthusiasm he might have to pursue rehabilitation - if we're not careful - with the kind of sentence imposed."

"I consider you to be a high risk of reoffending in a violent way. You have no real insight into your offending, you lack empathy for victims and people you harm.

"Your offending and the risk you pose to the community, both within prison and outside prison, is such that a sentence of preventive detention is required."

Lisiate is to serve a minimum of five years and two months.

After the sentence was read out Lisiate gestured at two men sitting in the public gallery and banged his handcuffs on the glass screen separating them, then swore at Justice Venning.

The court was told that Lisiate is a senior member of the Crips gang.

He was sentenced to life imprisonment after ordering the killing of a prisoner from a rival gang in 2009.

He murdered Paul Anderson in a drug-fuelled attack outside a Wellington nightclub in 1992, and in 2007 - while out on parole - he killed Karl Kuchenbecker in the hills of Wainuiomata.