Treated wastewater from Gisborne's upgraded sewage treatment plant will be clean enough to irrigate golf courses but not food crops. 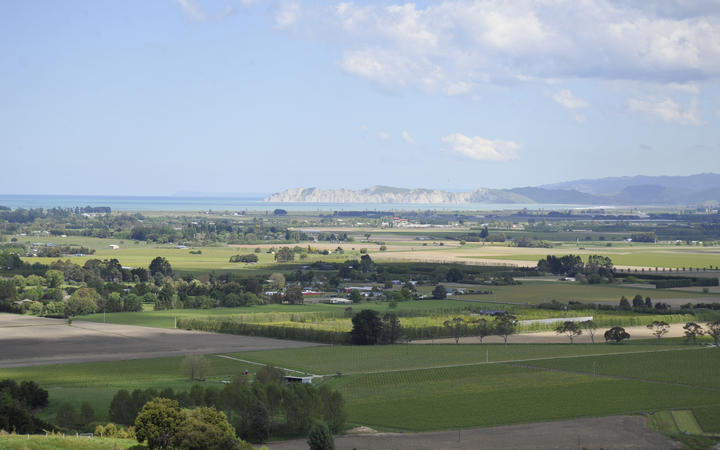 Sufficiently treated wastewater can be used to irrigate agricultural land, such as the Poverty Bay flats. Photo: Liam Clayton / The Gisborne Herald

That is the assessment from Beca engineer Rachael Shaw, who presented an update on the treatment plant's upgrade to the council's wastewater management committee last week.

The upgraded Banks Street plant will clarify wastewater and disinfect it with UV light.

But it was not designed to lower pathogen levels to a point where the treated wastewater could be used for food crops, Shaw said.

The project, which has a budget of $24.4 million, was entering its "detailed design" phase, she said.

Six months had been allowed for the design work and three months for tenders to be finalised ahead of construction, which was expected to take 12 to 15 months.

The council is considering options for the use and disposal of Gisborne's treated wastewater to divert it from the marine outfall in Turanganui-a-Kiwa/Poverty Bay.

One of those options will be for the upgraded plant to use treated wastewater for cleaning processes, reducing its burden as the city's third biggest water user currently.

Earlier in the meeting, environmental consultant Murray Palmer presented a report on how wastewater is reused in New Zealand and internationally.

The key reasons cited for recycling wastewater were concerns over the health of aquatic ecosystems, declining groundwater supplies, the availability of freshwater for industry and water quality, Palmer said.

Israel recycled 87 percent of its wastewater, he said.

Recycled wastewater was also used for agricultural irrigation throughout the world, including for pasture in New Zealand (Mangawhai and Taupo) and the famous Bonnotte potato in France.

Councillor Larry Foster said New Zealand probably imported a lot of produce that was irrigated with recycled wastewater, negating perceptions that it should not enter the food chain.

Palmer said there were few wastewater systems in which 100 percent of treated wastewater was reused - most still had a discharge.

An exception was San Luis Potosi in Mexico, where recycled wastewater was used up by agriculture and industry.

Of all the examples, Palmer pointed to the aquifer recharge system in Koksijde as the most applicable to Gisborne, which had a similar population.