A tour company has been fined $12,000 for operating illegally at tourist hotspots. 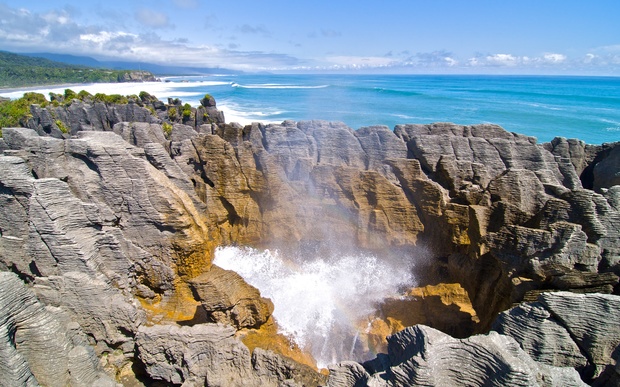 Active Planet pleaded guilty to three charges of commercial guiding without a permit in October 2018, after being prosecuted by the Department of Conservation (DOC).

The company was illegally operating in the South Island at the Pelorus Bridge Scenic Reserve, Pancake Rocks on the West Coast, and at the Blue Pools in Mount Aspiring National Park.

During the sentencing at the Pukekohe District Court, Judge Kevin Phillips called the offending blatant and premeditated.

DOC said Active Planet was given several warnings to apply for permits but chose to continue its illegal operation.

"DOC monitors and manages tourism concessions so it is fair for everyone," she said.

"Through concessions DOC can set limits on how many people tourism operators can take into an area over a period of time. This is publicly owned land, and DOC has a responsibility, on behalf of the public, to manage commercial activity on it."

Guiding for commercial purposes without a concession can attract a fine of up to $300,000, or imprisonment for up to five years.

"When people don't follow the rules, it's unfair to the many businesses who do, and it puts iconic tourist stops at risk of overcrowding."