A British national arrested after a 200kg methamphetamine haul in central Auckland has pleaded guilty. 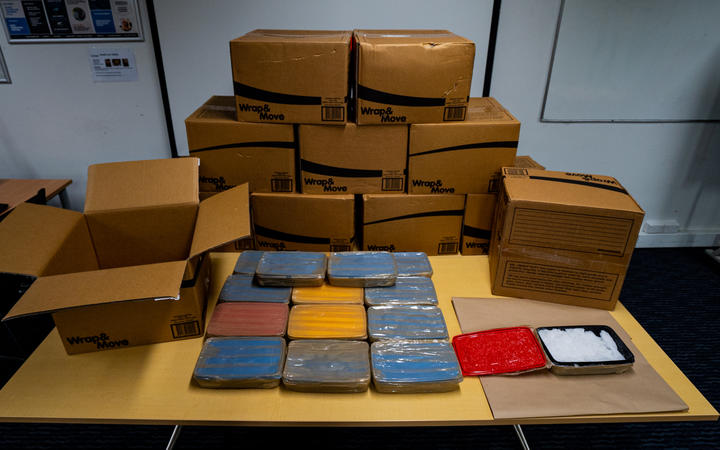 One of the containers of methamphetamine seized by police. Photo: NZ Police / Supplied

James Woodley was one of two Brits charged after police found the drugs valued at $144 million in an apartment complex last August.

Authorities found the drugs inside plastic storage containers hidden in cardboard boxes that had been stored in a wardrobe in the apartment.

Woodley pleaded guilty to one charge of possessing methamphetamine for supply before Justice Fitzgerald in the High Court at Auckland this morning.

At the time of the arrests, Detective Inspector Paul Newman said the seizure was part of Operation Essex that targeted members of an overseas criminal organisation working in New Zealand.

"This quantity of methamphetamine would have caused an extraordinary amount of harm and we would have all suffered as a result," Newman said.

Justice Fitzgerald remanded Woodley in custody for sentencing on 21 April. His alleged co-offender is still before the court.