Beachgoers were shocked by the sight of 150 gulls dying en masse in Horowhenua this weekend. 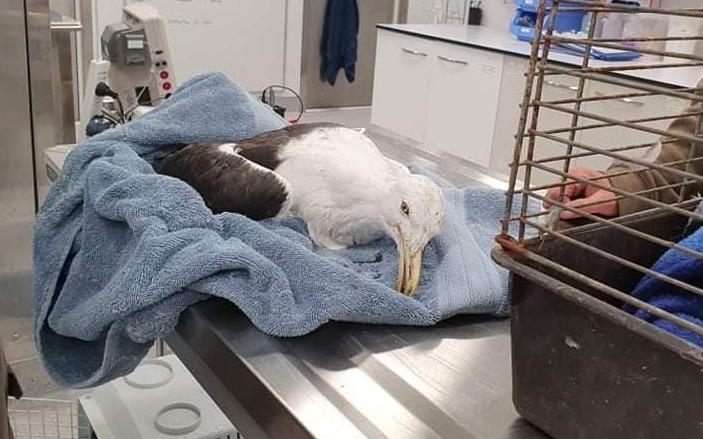 One of the sick seagulls at Massey University's wildlife hospital in Palmerston North. Photo: Huhanz

Carolyn Press-McKenzie, of the HUHA animal rescue charity, says her staff rushed to a beach north of Otaki, but found only 15 birds still alive - which were taken to Massey University's wildlife hospital in Palmerston North.

"It's a pretty confronting sight seeing so many dead animals, and some were still literally dropping out of the sky, some were dive-bombing into the ocean and drowning at sea and some were managing to get to the beach but dying quickly in front of locals."

Press-McKenzie said of the 15 gulls found alive, 10 have since died, and she said it was possible the flock may have been poisoned with a pest control agent.

Post-mortems have been carried out, and the results are expected early this week.