The SPCA says birds are showing up in Wellington either distressed or dead after being decorated with tinsel, rings and other items. 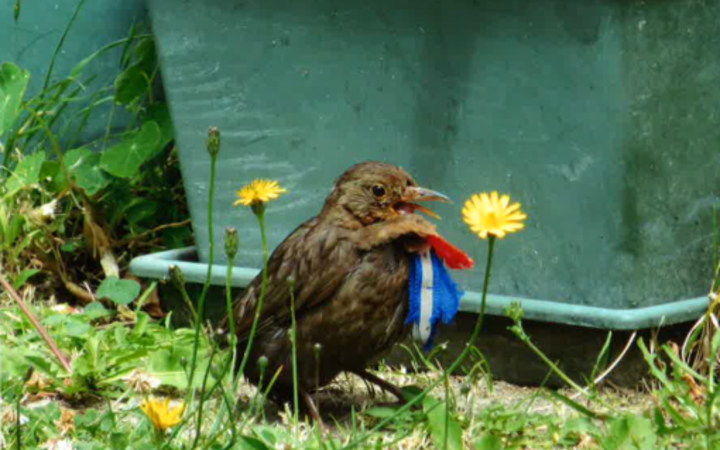 The SPCA is asking whoever has been decorating the birds to stop. Photo: SPCA

It has reported incidents involving about 30 non-native birds such as sparrows since 2015, but it has got worse during Christmas in the suburb of Kilbirnie.

The agency has posted on social media asking for whoever is decorating them to stop.

Its central region general manager, Ros Alsford, said many of the birds are malnourished, stressed, or have died. 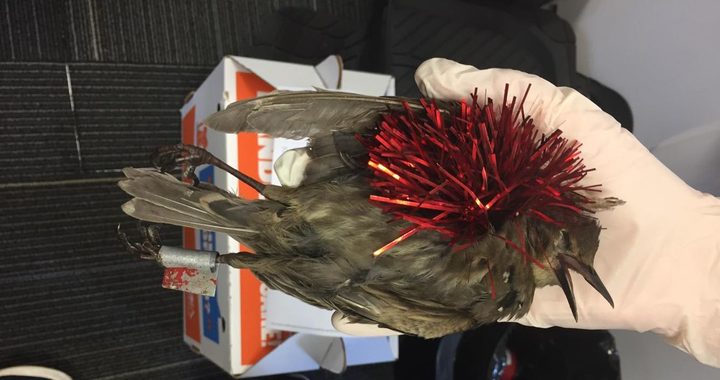 The SPCA wants members of the public to come forward if they know anything about the decorated birds. Photo: SPCA

"One of the birds we saw had tried to pry the decorations off with their beak and had got itself into an even worse situation," she said.

"We're not sure what is in this person's mind to be doing this and we really would like to try and put a stop to it as quickly as we can."

It was extremely distressing on the birds, as well as the SPCA staff who have to care for them, she said.

The birds seem to be appearing around Salek and Te Whiti streets.

The SPCA wants the public to come forward if they know anything.