Driving a jet-powered dragster at Ōhakea air force base, Sergeant Dean Hart reached an average speed of 363.436 kilometres an hour over a mile, beating the previous record of 355.485km/h.

It was the first time Hart had attempted the record.

He said the record-setting drive was more difficult than the test runs.

"The car was wavering a little bit. There's not a lot of wind today but the car was moving around a lot more than in the test runs. However, we reached a lot higher speed than the test runs as well," Hart said. 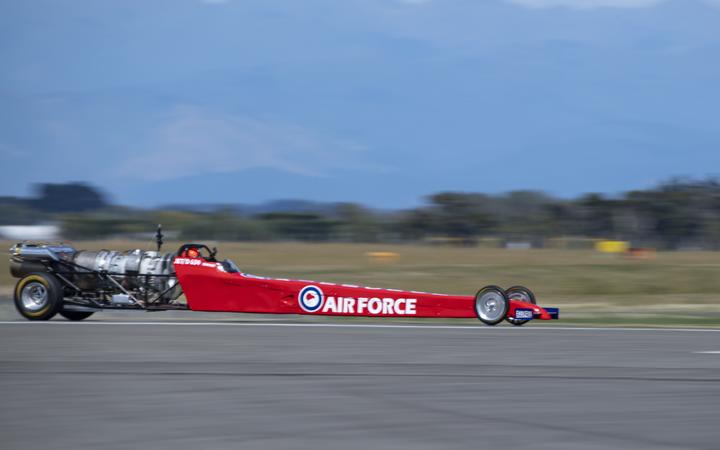 Hart gets the Castrol Trophy for setting the land speed record.

The car is powered by a Rolls Royce Viper 535 engine from a BAC Strikemaster aircraft, which runs on aviation jet fuel.

The car has been built by Hart and other members of the air force technical trades team at Whenuapai Motorsports Club over the past 10 years, using mostly second-hand parts.

"The chassis is 30 years old, the motor is 60 years old. It was a slow process of piecing it together," Hart said. 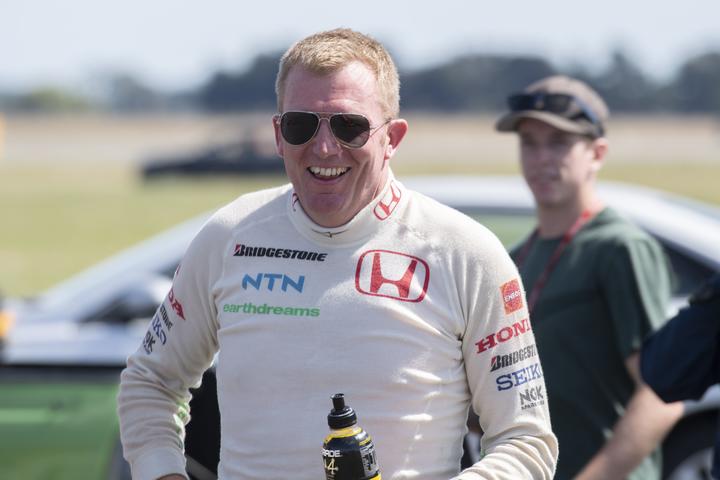 It was the first time that Sergeant Dean Hart attempted the record. Photo: NZDF