The six major banks will not participate in tomorrow's Wellington International Pride Parade after staff voiced concerns about their involvement. 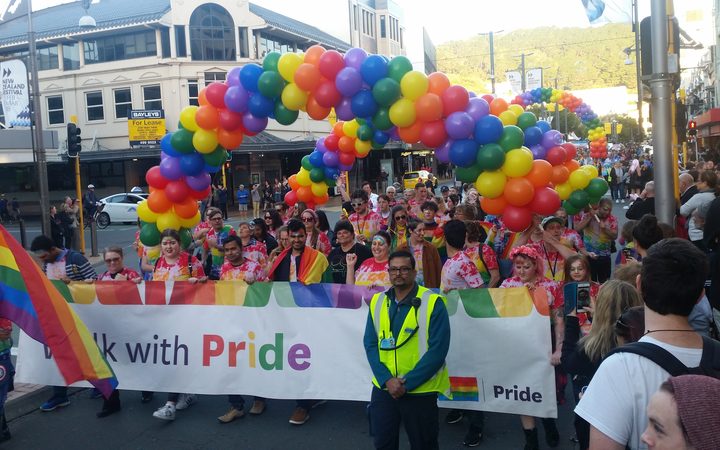 The banks - Westpac, ANZ, BNZ, ASB, Kiwibank and TSB - are all jointly represented by the Celebrate Together collective who, having consulted with the banks' rainbow staff, decided against participating.

A group of rainbow organisations and charities - called the Wellington Rainbow Affiliation Towards Hope - announced last week they would be boycotting the third annual parade this year, citing problems with how it is managed and exclusion of rainbow community interests.

They cited concerns with how the Parade was managed, how it excluded rainbow communities, and how it focussed too much on corporate involvement.

The decision from the banks was described as disappointing by parade co-chair Richard Tait.

"We've got to respect everybody's decision, and I think that's one of the things, when you have a large community group you're going to have representation from either's viewpoint.

"They've made a decision in the way that they've gone.

"I feel disappointed for their members, the people who actually work in the banks, the fact that they can't come along and celebrate Pride."

"We're really happy that the banks have taken the time to consider what we put forward and listen to the concerns of the community and make a decision that they feel is in line with supporting the greater community as well," he said.

"It shows really good corporate leadership to show they're not just concerned about putting their brand on something, they actually want it to mean something."

While it was a collective decision, the banks had their own statement in response.

ASB said they were disappointed not to be participating, but supported the outcome.

BNZ said it was a tough decision and they look forward to more opportunities to celebrate together. Kiwibank said it understood it was a difficult situation, but thought it not appropriate to participate.

Gender Minorities Aotearoa national coordinator Ahi Wi-Hongi - also part of the affiliation - said they hope the move by the banks would improve the Pride Parade long-term.

"Ultimately, this will hopefully mean that next year's Parade, the 2021 Parade will be really inclusive and there will be consultations at the planning stages, and that the rainbow community broadly can have a lot of input into what happens for the 2021 Parade."

While boycotting this year's Pride Parade, Mawhinney said members of the Affiliation were keen to keep the parade.

"A Pride Parade needs to be community-first, and if the corporates are there supporting the communities in many ways, then that's good. But at the moment, the way the parade is run, it seems the corporate is put first before the community."

Part of their demands was that the Pride Parade hold public community consultations in the next few months.

Tait said he was open to such engagement, but he said it was important to him that it was done in a safe way.

"It's about reaching a compromise how those talks etc go ahead," he said.

"We certainly have not said 'no we're not interested', we've simply said we would like to do it in a suitable and constructive timeframe and method."

With this year's parade just tomorrow however, such discussions are being touted to occur in the coming months.