A group which tests drugs for purity at music festivals have launched a "pill library" on their website listing all the different substances they found this summer. 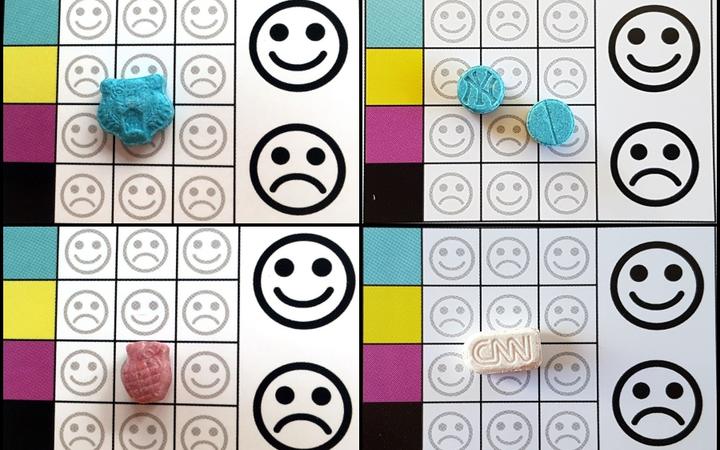 Some of the pills in circulation this summer. Photo: KnowYourStuffNZ

KnowYourStuffNZ operates stalls at music festivals where concertgoers can take their illict substances for checking - making sure that what's in their pill is what they thought.

The idea is to reduce drug harm by informing people who will be taking them anyway about what they're actually ingesting.

Wendy Allison, the managing director of KnowYourStuffNZ, told Morning Report they currently have 17 different pills in the library.

"These are only the ones we found that were presumed to be MDMA but have turned out to be something else. They're other drugs completely, or they do not contain any MDMA, or that contain too much MDMA."

She said there are three pills on the library that don't contain any MDMA. Two contain what's commonly referred to as bathsalts, while one is toothpaste.

Allison said that high doses of MDMA can be risky for smaller people or people with a low tolerance.

"There are some people who would find themselves in hospital, or worse, at that level of dose."

She said the library should not discourage people coming forward for testing if they think they got the 'right' pill.

"The copycatting of pills is very common. There's one pill on their that is a copycat of a pill that was around last year that was very popular."

Allison said there's nothing illegal about pill testing and the library.

"We're never in possession of the substances and we don't give them back, so we're not supplying them."

She said the main problem is for event organisers because it's illegal to hold an event where you know drug use will take place. By having pill testing on site, the organisers end up criminally liable for acknowledging people will ingest illegal substances at the event.

"We are working in what I would describe as a legal gray area, and we're working very hard to have that clarified.

"Meanwhile, the police are allowing us to continue our work because they know it's reducing harm. They know that people who come to see us are much less likely to be seeing them later. They have an interest in not having to tell parents their kid is dead."