The Department of Conservation is investigating the cause of six kea deaths near Wanaka following a recent aerial 1080 operation. 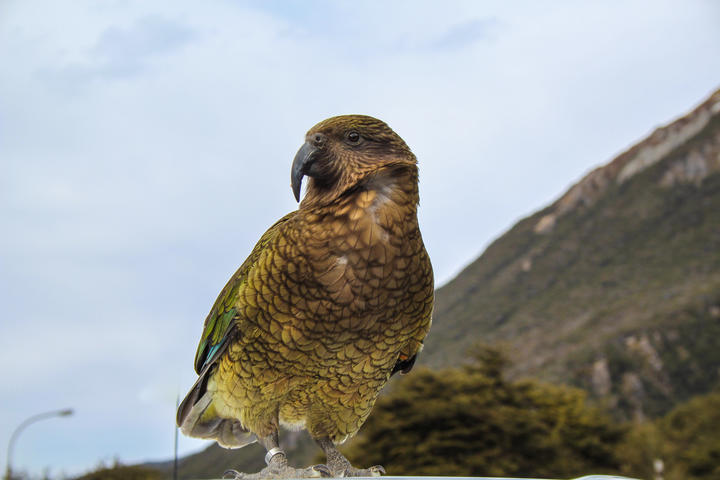 The birds were being monitored by the Kea Conservation Trust, which confirmed they were alive since the predator control operation in the Matukituki valley on February 11.

The department's threats director Amber Bill said DOC was concerned the kea might have been more vulnerable to picking up the 1080 cereal baits after being exposed to human food around valley's tramping huts.

"We won't know the cause of death until we get post-mortem and toxicology results back," Ms Bill said.

"While we are confident that predator control operations benefit kea populations at large, it's upsetting to lose six birds."

She confirmed DOC's Code of Practice was followed to mitigate the risks to kea from 1080.

"Our work to mitigate the risk to kea from 1080 is based on extensive research and the results of 222 monitored kea through 19 aerial 1080 operations at 12 South Island sites," Ms Bill said.

"This research shows the risk of 1080 to kea in remote areas is low but increases markedly with birds that have learnt to scavenge for human food."

The dead kea were sent to Wildbase at Massey University and Maanaki Whenua Landcare Research for post mortem and toxicology testing.

Results are expected later this week.

DOC is considering a public campaign to discourage people from feeding kea to minimise scrounging behaviour.