Police have seized $50,000 cash, 10 guns plus ammunition, and drugs thought to be methamphetamine from a gang house in Burnham, south of Christchurch. 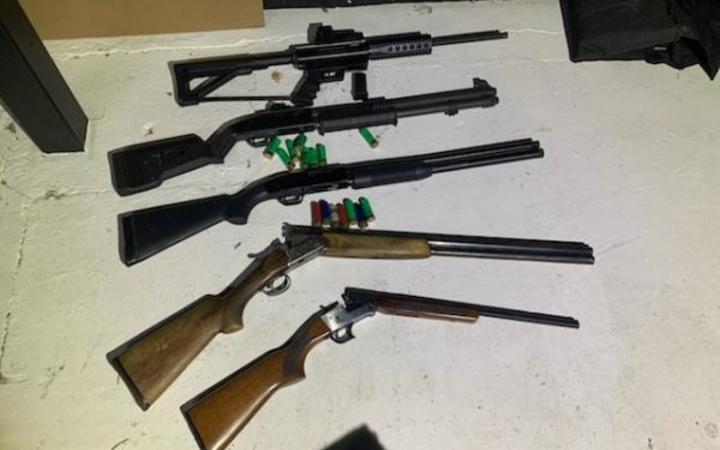 Guns seized by police during the raid. Photo: Supplied / Police

Specialist resources were deployed at the Mongols MC property on Thursday morning and some officers were still there by late afternoon.

Police said a 44-year-old man was charged with firearms offences and more charges were likely.

Detective Inspector Greg Murton said: "If gangs intend to move to, or operate in Canterbury they will receive attention from police.

"Police are determined to prevent those selling methamphetamine from building and enjoying the profits of crime on the back of the misery of the addictions of others.

"Methamphetamine causes serious harm within our communities and police will hold those responsible to account."