By Abbey Palmer and Guy Williams of

A cyclist has been seriously injured after being run over by a truck near Queenstown this afternoon. 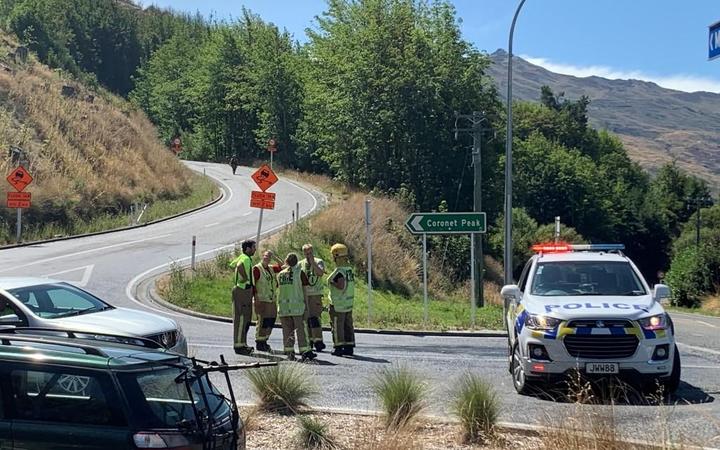 Emergency services were called to the scene at the Coronet Peak access road, near the intersection of Malaghans and Littles Roads about 1.45pm.

A police spokesperson at the scene said the cyclist was being treated by St John staff for serious injuries.

A Fire and Emergency crew, about four police vehicles along with St John staff, all from Queenstown, attended the scene.

"[The person] will most probably be airlifted to Dunedin Hospital but we won't be able to confirm that 100 percent just yet," the spokesperson said.

It was believed there was only one person in the truck at the time, and they were not injured, he said.

"The rain has made the road quite slippery after a long hot spell so we just encourage people to take extra care."

An investigation was ongoing.