Only one weed has been pulled in the demolition of the former Cadbury factory ahead of the Dunedin Hospital build, and already there are indications the city's new hospital is on course to be over budget and behind schedule. 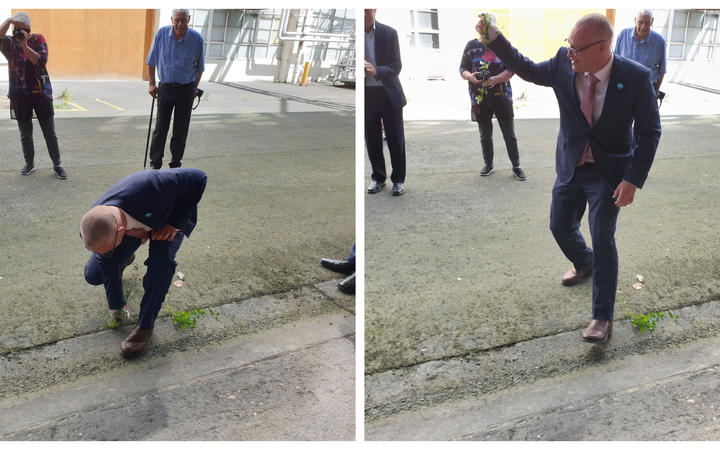 The factory closed in March 2018 and is one of the two central Dunedin blocks that will form the site of the new billion-dollar hospital.

A blessing ceremony was today held at the former factory ahead of demolition - which will begin with a former warehouse soon.

Health Minister David Clark was joined by Pete Hodgson, former Labour MP and the convener of the Southern Partnership Group, which is overseeing the development.

The Labour Party campaigned in 2017 on beginning construction of the hospital in its first term in government.

Clark pulled a weed from the site and said it marked the symbolic beginning of construction and fulfilment of the government's election promise.

"This is the construction phase beginning," he said.

"Effectively we have met the promise of getting construction underway, getting earthworks [underway], spending the money to get the building in place. So that phase is beginning now, probably a bit earlier than people would have expected but we are underway." 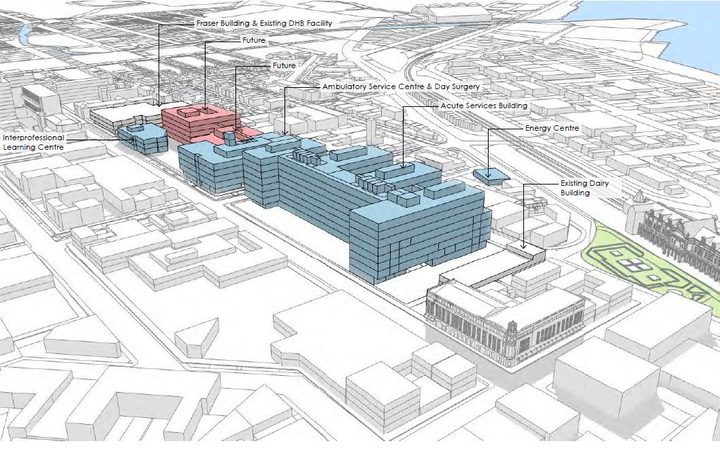 When asked if demolition would live up to the expectations of residents of the south when it came to delivery of the promise to begin construction, Clark said: "We've always been clear that we wanted to get earthworks happening - this is earthworks happening."

"We are getting on with the project.

"There will be other milestones along the way and no doubt we will still be celebrating them before the election. We will celebrate every milestone because this is real meaningful progress that people can see."

Hodgson revealed the project ran over budget late last year and as a result there were changes to the proposed hospital's size.

"We have hiccupped and towards the end of last year we stopped and reconfigured our thinking and took a look at the size of the hospital ... but the short of it is that we've got a hospital now where we are very close to knowing the final size and we're about a month away from knowing the new timeline for the build."

A planned date for the smaller outpatient and day surgery building to be operational in November 2023 was now likely to be delayed.

"I signalled last year that we expected it to take longer but that we would be measuring that extra time in months not years - that's still my position but I don't know what that timeline is," Hodgson said.

"If they [plans to open the hospital by November 2023] have [changed] I hoped they have changed by months not years. We will not be building it earlier than we said we would. We're either going to extend it by a little bit or more than a little bit - we're not sure." 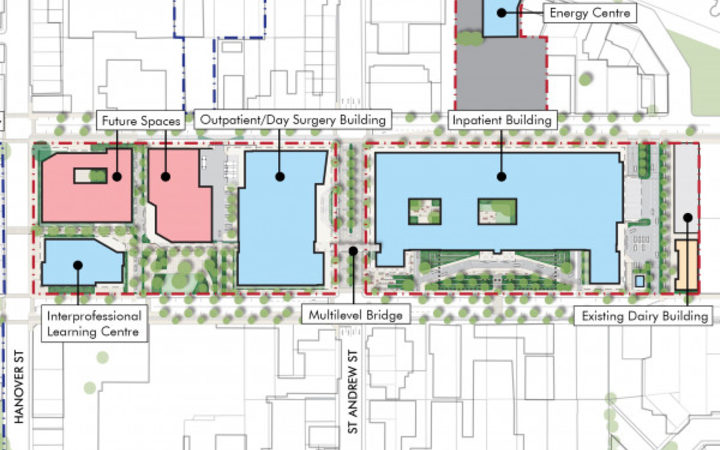 Maps released on the hospital's web page last year revealed the main inpatient block would be built on the former Cadbury factory site, though that could also change.

The main building was expected to be completed in November 2028, though that timeline was also now uncertain.

"I think it's important to remember that Dr Clark in opposition petitioned parliament to have the previous government commence the rebuild prior to the previous election, so I don't think his commitments in this regard hold too much weight," he said.

"It is an important milestone but it's a small one. It's not construction, it's deconstruction and that's necessary to get the progress of the hospital going. But I am concerned that it's taking too long and that there are barriers to getting the detailed business case finalised."

Woodhouse said he believed if National was returned to government in 2017 the build would be further advanced though he "wouldn't want to portray this as something that would have been significantly advanced".

"I have always said that this is a complex and costly project, and politicians should be cautious about making commitments that they're not going to be able to keep."